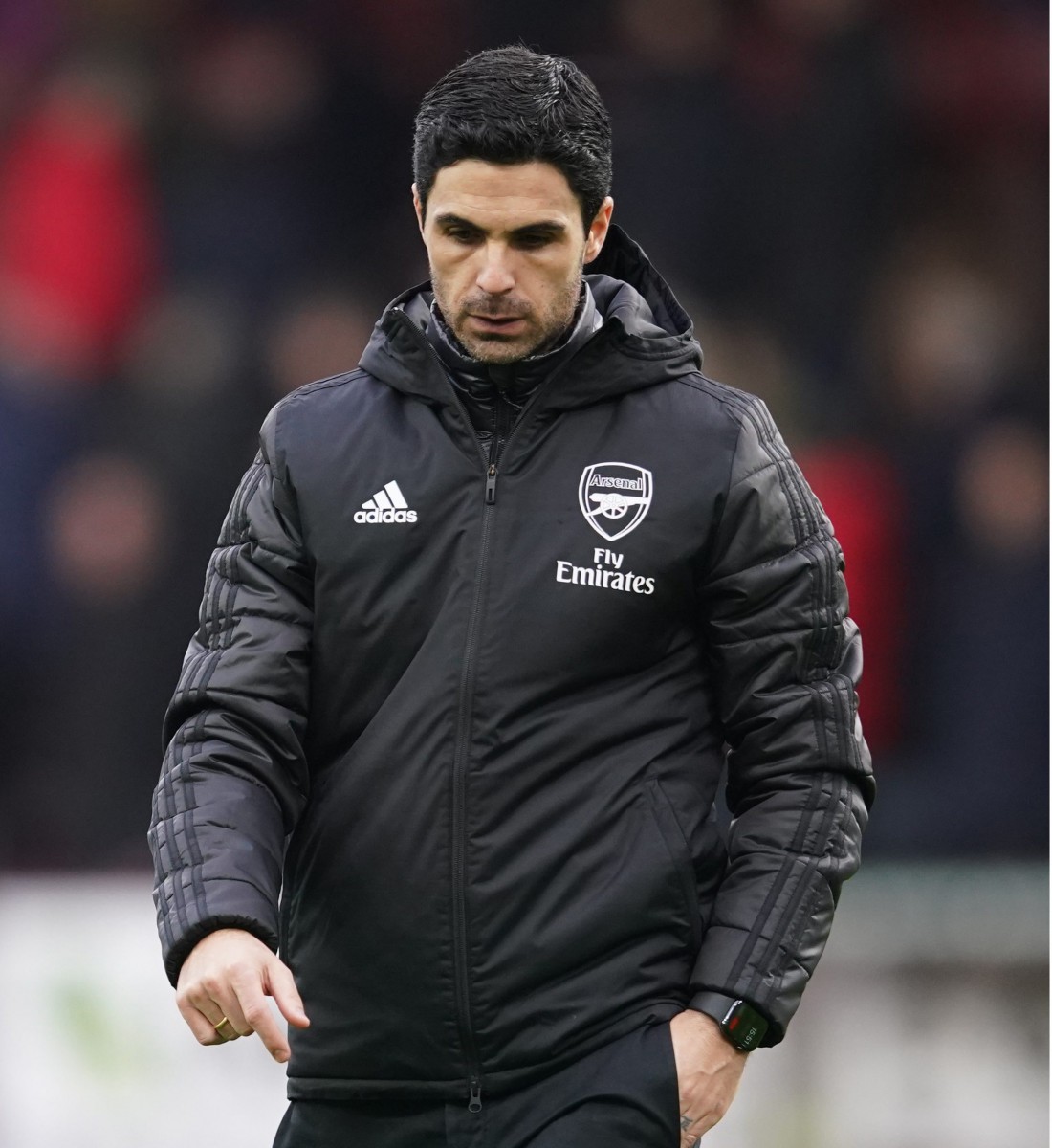 MIKEL ARTETA’S shocking start with Arsenal has left with him a worse win ratio than Freddie Ljungberg and Unai Emery.

The Spaniard has guided the Gunners to just one Premier League win in seven attempts since he took charge of the club in December.

Following this weekend’s bore draw with Burnley, Arteta has a win rate of just 14 per cent in the English top-flight.

Only Watford and Norwich, who are both in the Premier League relegation zone, have won fewer games since.

Arteta has managed just one win, five draws and one defeat which leaves the Gunners slumped at tenth in the table.

But he has a higher points per game average than Ljungberg – who took over as the club’s interim boss when Emery was axed in November.

Ljungberg, who previously worked as Emery’s assistant at the Emirates, only won one game in five attempts in the league.

Before he was sacked after just 18 months in charge, Emery racked up a 31 per cent win ratio with four wins in 13 games.

Arsenal will be looking to return to winning ways after the winter break when they take on Newcastle at home.

Arteta, who blamed the grass for Arsenal’s poor performance at Turf Moor, will give his players some time off before they jet to Dubai.

He said: “It’s good to go away, the players have been through a lot.

“The last two-three months have been tough for them so I want to give them a few days off. 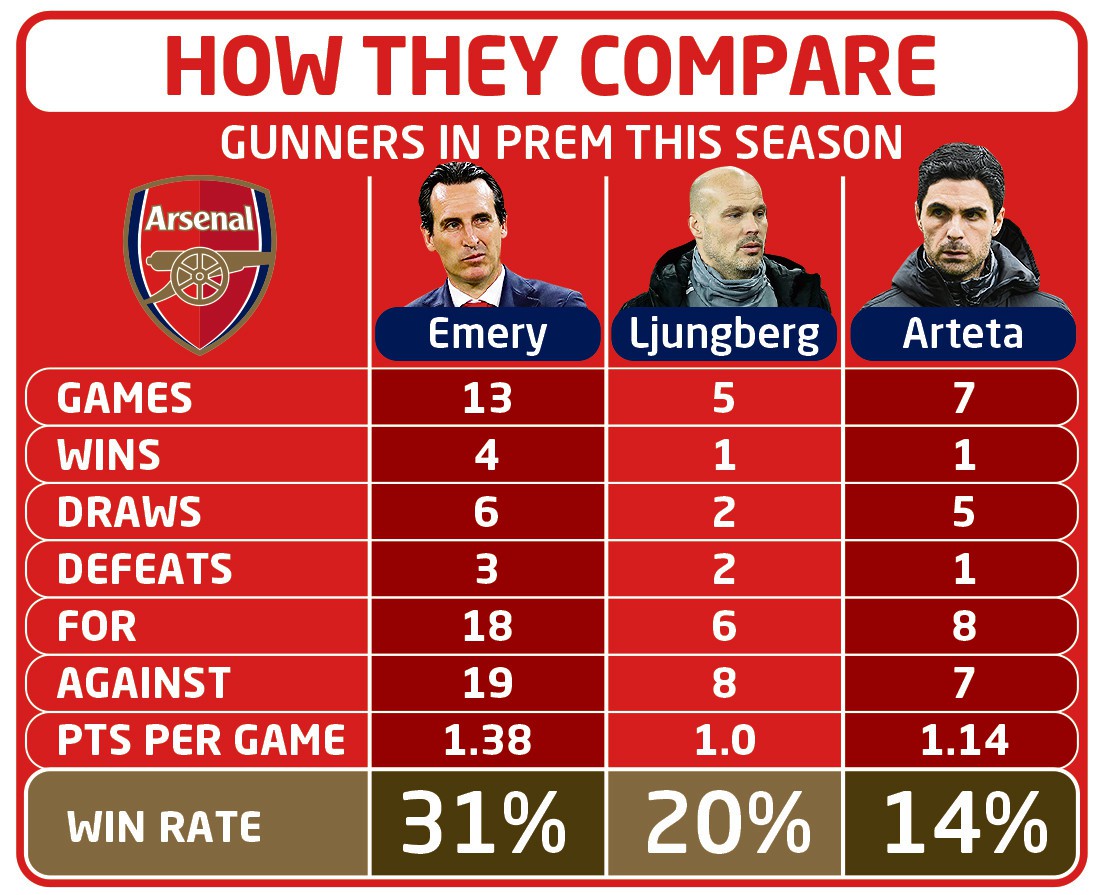 “Then we’re going to Dubai, start working and focus on Newcastle.

“We have to stay positive. It’s very tough to come [to Burnley] and when the game develops like this, to control it is hard.

“I wanted to win so badly and I’m disappointed.”