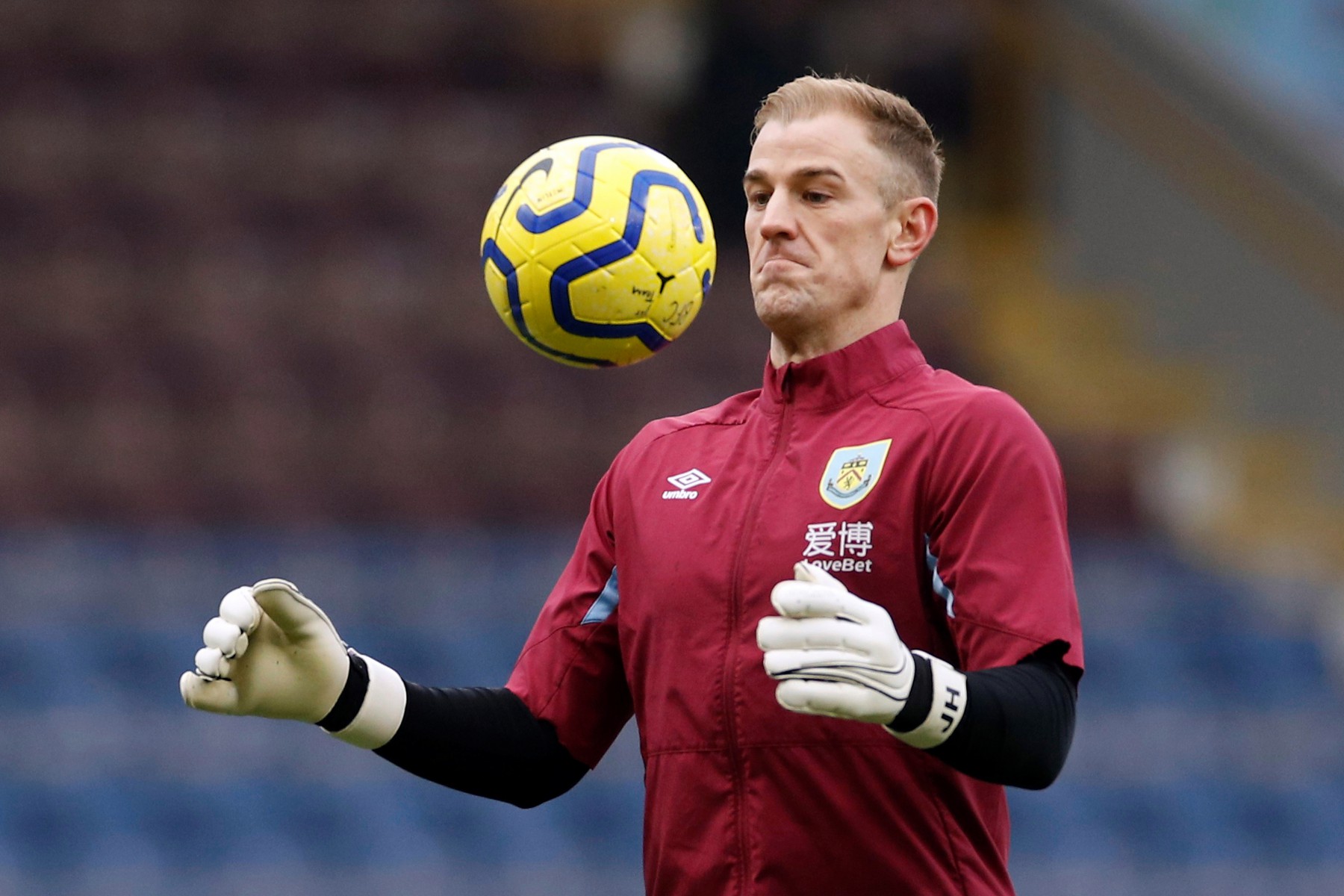 ASTON VILLA are reportedly considering a move for Burnley outcast Joe Hart after losing Tom Heaton for the rest of the season.

Heaton joined the newly-promoted side in the summer in an 8million deal and had missed just one Premier League game before suffering a horror knee injury during the victory over the Clarets on New Year’s Day.

The stopper suffered the ligament damage trying to stop Chris Wood netting a consolation at Turf Moor and, alongside record-signing Welsey Moraes who suffered a similar injury in the same game, will not feature again until the new campaign.

It means Heaton’s hopes of making the England squad for Euro 2020 are also over.

According to the Mail, Villa could bring in Hart as his replacement.

The former England No1 has become an outcast at Burnley, playing just once for Sean Dyche’s side since Boxing Day 2018 – a 3-1 Carabao Cup defeat at home to League One Sunderland in August.

Heaton kept Hart out of the team for the second half of last season while Nick Pope has re-established himself as the Clarets’ No1 this term.

Out of contract in the summer, Hart is expected to be available on the cheap should Aston Villa make a move – but is also a target for David Beckham’s Inter Miami.

Aston Villa boss Dean Smith is determined to bring in players with Premier League experience as his side fight to avoid relegation.

He said: “Experience is very important, especially in the January market. You havent got much time for adaptation.

“You need pretty much plug-and-play players who can come and play in the Premier League straight away. That narrows your search.

“January is a tough window for any club but, with the two significant injuries we have had, it hastens our desire to get someone in. You have to take risks at times.”

Despite his recent struggles, Hart looks to fit Smith’s brief – he has played 340 top-flight matches in England, keeping 127 clean sheets and winning the Prem twice.

Meanwhile, Villa have also been linked with a move for Jack Butland this month – after missing out on the Stoke ‘keeper in the summer.

Butland is keen to revive his Premier League career after suffering relegation in 2018 and staying at the bet365 Stadium and would cost around 10m.

Orjan Nyland came on for the final minutes against Burnley and is expected to stay between the sticks until a new goalkeeper is signed.