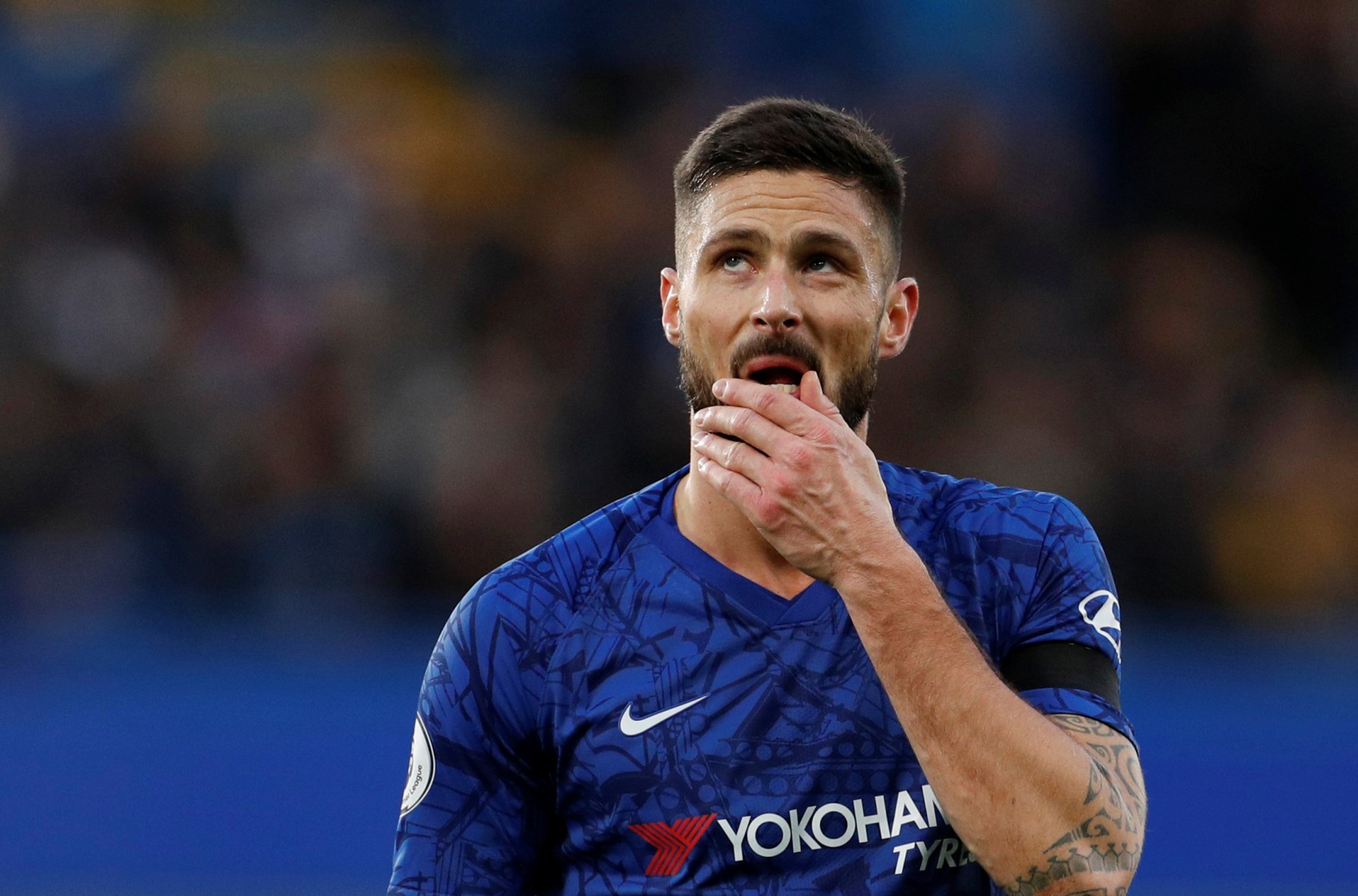 ASTON VILLA are reportedly trying to sign Olivier Giroud from Chelsea this month as they look to escape the relegation zone.

Villa are hoping to get a replacement for Wesley, who is out with an anterior cruciate ligament injury, as they fight for their Premier League status.

Dean Smith’s side have only won two of their last ten league matches and are in desperate need of a new forward.

Giroud has been heavily linked with a move to Italian side Inter Milan but Villa are hoping to persuade the 33-year-old to stay in the Premier League, according to Le 10 Sport.

Jack Grealish helped rescue a point in a 1-1 draw at Brighton and Hove Albion on Saturday but Smith knows his side need more firepower if they are to stay in the top flight.

Giroud’s contract expires next summer but the forward is hoping a move could help his chances of featuring at Euro 2020 with France.

The Chelsea striker has featured just five times in the league this season, with a move away inevitable.

With no win in four in all competitions, Villa face Watford tomorrow night, knowing a win could lift them out of the relegation zone.

Despite being in the bottom three, Villa are only seven points off the top half and the potential signing of Giroud could be the difference between being in the Premier League or the Championship next season.

Villa have also been linked with a move for Genk striker Mbwana Samatta to help solve their attacking crisis.

New loan signing Pepe Reina impressed during their draw with Brighton and Smith is hoping to continue to add to his injury-hit squad.

An injury to Tom Heaton meant Reina was called in from AC Milan on a temporary deal.

With John McGinn and Wesley out for months, January could be a busy transfer window for Smith and the Villa board, whohave already splashed out more than 130million since moving up to the top flight.