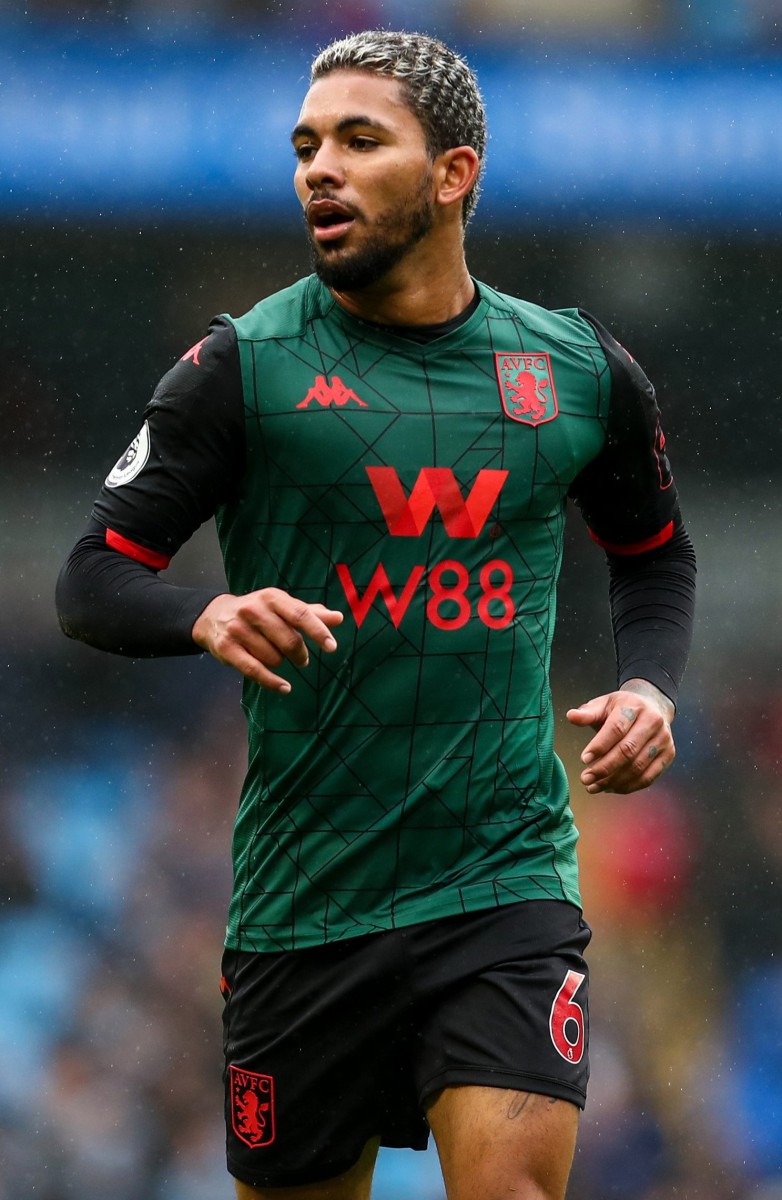 ASTON VILLA midfielder Douglas Luiz has been named in the Brazil squad to play friendlies against Argentina and South Korea next month.

And while he is making good progress, there is an explanation for the fact that this call up has come earlier than expected.

He has been on Brazils radar for a while. Along with Richarlison, he was part of the team that played the South American Under-20 Championships at the start of 2017, when he was still with Rio de Janeiro club Vasco da Gama.

Things did not go too well then Brazil failed even to qualify for the World Under-20 Cup.

But he was much more successful earlier this year in the Toulon Under-22 tournament.

Brazil won the competition and Douglas Luiz was chosen as the outstanding player.

And then, after two years on loan at Girona in Spain, Manchester City allowed him to go to Villa, where he has been picking up invaluable Premier League experience.

A BIG FUTURE AHEAD

He has filled out physically, and has got on the scoresheet in club football for the first time since he left Brazil.

There would still seem to be issues with his concentration back with Vasco da Gama he would oscillate within games, combining an impressive piece of work with a hurried lapse.

This tendency, it would appear, has not been entirely eliminated. But at the age of 21, he is clearly a central midfielder with a big future.

But his place in the senior Brazil squad is not down solely to his own merits. It also has to do with the organisation of domestic Brazilian football.

Brazils calendar is ludicrously crowded, a constant effort to fit three litres into a bottle than can only hold two.

The action does not stop for FIFA dates, meaning that home-based players who are called up will miss league games and with the season moving into the home straight, this can be very controversial.

For the recent friendlies against Senegal and Nigeria, coach Tite called up seven players who are based in Brazil.

This became the only subject debated in the press conference. No one wanted to know about the way Brazil would line up. All the journalists probed about the effect that this might have on the domestic game.

For this new squad, announced on Friday, Tite has decided not to get caught in that trap again.

This time no home based players have been considered opening up seven slots, plus one for the injured Neymar.

This is where Douglas Luiz comes in. He is filling the central midfield slot that last time was taken by Matheus Henrique of Gremio.

The pair of them worked in tandem in the Brazil midfield during the Toulon tournament.

Since then, though, the profile of Matheus Henrique has been boosted by a series of fine club performances.

He is the latest off the Gremio production line, the successor to Arthur, the classy midfielder they sold to Barcelona.

A little, skipping figure who drives the team forward, Matheus Henrique beat Douglas Luiz in the race to make it into the senior squad.

But now comes the chance of Douglas Luiz. The absence of one, for whatever motive, is the opportunity for another.

And with Brazil going through a bad patch no wins in the four matches since the Copa America triumph it is up to the Villa man to grab his chance.