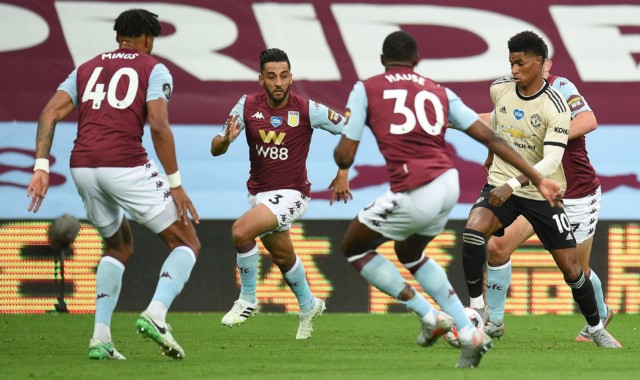 Dean Smith’s side are without a league victory since football returned and begin this game seven points adrift of safety.

Despite their best efforts, Villa picked up nothing against Man Utd

Palace meanwhile are on a run of four consecutive top-flight defeats but did beat Villa in the reverse fixture at Selhurst Park.

When is Aston Villa vs Crystal Palace?

Villa will be without Bjorn Engels who continues to suffer with an Achilles injury.

Matt Targett is set to make his return from a hamstring problem, with no new concerns for Dean Smith.

Gary Cahill injured his hamstring against former club Chelsea and is out for the visitors, while Martin Kelly can return to the starting XI after a lengthy absence.