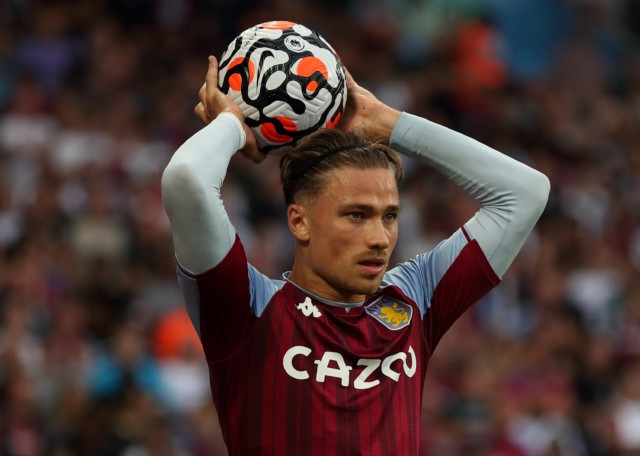 ASTON VILLA defender Matty Cash is on the verge of being called-up by Poland after applying for a passport.

The Slough-born full-back, 24, is eligible to represent Poland through his mum and could accept the call from manager Paulo Sousa.

Cash’s dad Stuart – a former player with Chesterfield – told Polish outlet SportoweFakty his son has applied for a Polish passport.

He said: “We are in the process of collecting the necessary papers for Matty to obtain Polish citizenship.

“We started this process a few months ago, it should be finished soon. We are cooperating with the Polish branch in London on this matter.”

Cash is Villa’s first-choice right-back and wants to play international football but is unlikely to get a chance with England anytime soon.

Manager Gareth Southgate is rich in right-backs, with Reece James, Kyle Walker and Kieran Trippier all above Cash in the pecking order.

The England boss also has Trent Alexander-Arnold and Aaron Wan-Bissaka to choose from and there are other talented right-backs available.

Stuart added: “Matty would like to prove himself on an international level.

“He’s been playing for the second season in the Premier League and national team appearances would be another step forward.

“If the Polish federation expresses interest, my son is open.”

Cash’s mum Barbara was born in England but her parents are Polish and emigrated during the Second World War.

The Villa ace expressed an interest in playing for Poland in a September 2020 interview with Sky Sports.

He said: “My mum is actually half Polish and speaks the language fluently.

“There’s been contact with my agent about playing for Poland and it’s something that I would look at.

“I just have to keep playing well and keep progressing before I make any decision. It’s nice to have an option.”

Did you miss our previous article…
https://www.sportingexcitement.com/football/premier-league/man-utd-line-up-tottenhams-record-signing-ndombele-as-shock-pogba-transfer-replacement-if-midfielder-leaves