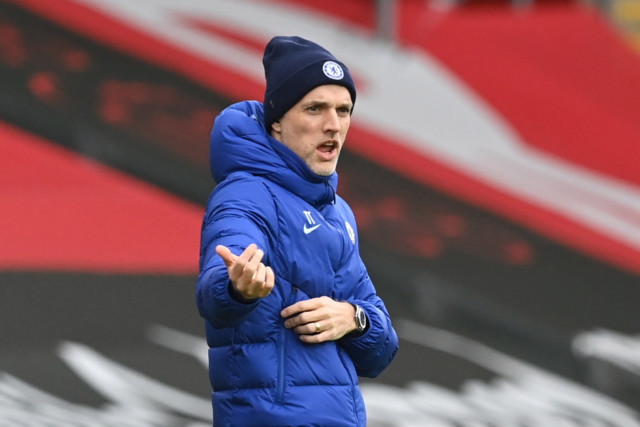 CHELSEA are taking on Atletico Madrid in a huge Champions League round of 16 game.

The Blues won a Champions League group containing Sevilla, Krasnodar and Rennes under Frank Lampard, but it’s Thomas Tuchel who takes charge for this tie.

Atleti meanwhile finished runners-up to Bayern Munich in their group, comfortably qualifying ahead of Salzburg and Lokomotiv Moscow.

What time does Atletico Madrid vs Chelsea kick off?

What TV channel is Atletico Madrid vs Chelsea on and can I live stream it?

Can I watch Atletico Madrid vs Chelsea for free?

Former Chelsea transfer target Jose Gimenez will miss Atletico’s game against the Blues after limping off against Levante at the weekend due to a reoccurrence of a muscle injury.

Stefan Savic is likely to be drafted in as a replacement.

Yannick Carrasco, Sime Vrsaljko, Hector Herrera and Kieran Trippier are all out injured, forcing Diego Simeone to bring some youngsters into the squad.

Thiago Silva is expected to return to Chelsea’s starting XI after missing their game against Southampton with a muscular injury.

Kai Havertz and Christian Pulisic are both doubts while Tammy Abraham is fit again after starting at Southampton.

How Chelsea could line up on Tuesday night

*Odds from Ladbrokes correct as of Monday, February 22

Did you miss our previous article…
https://www.sportingexcitement.com/football/premier-league/alan-shearer-says-anthony-martial-lacks-desire-to-be-a-man-utd-goalscorer-in-scathing-assessment-of-french-forward