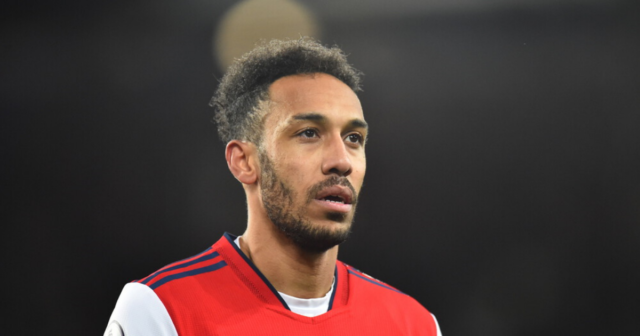 FEDERICO CHIESA’S season-ending injury means Juventus are in the market for a new forward.

And reports suggest they have made former Arsenal captain Pierre-Emerick Aubameyang their top target.

Juventus are reportedly keen on a move for Aubameyang

Mauro Icardi was previously courted, but Juve have now turned their attention to Aubameyang, according to Italian outlet Tuttomercato.

Chiesa injured his ACL in the 4-3 comeback win over Roma, bringing his season to a premature end.

It leaves Juve short of options up front, with Aubameyang now ‘top of the shortlist’ for the Serie A giants.

Memphis Depay has been mentioned too, but as with Icardi, that interest seems to have waned in favour of the Arsenal outcast.

Aubameyang has played both up front and out wide for the Gunners, meaning he can either lead the line or take up Chiesa’s position on one of the flanks.

Arsenal are claimed to be willing to listen to offers for Aubameyang, which could spark an approach from Juve.

Elsewhere Newcastle have been credited with an interest in the forward, with Barcelona also monitoring the situation.

And after being stripped of the Arsenal captaincy last month, his future at the club remains uncertain.

Aubameyang is currrently on AFCON duty with Gabon, but is yet to feature at the tournament after testing positive for Covid-19 upon his arrival.

He’s also been frozen out of the Arsenal squad by Gunners manager Mikel Arteta.

The forward hasn’t featured in Arsenal’s last six Premier League games, but has recently been pictured in an Arsenal shirt for the first time since falling out of favour at the club.