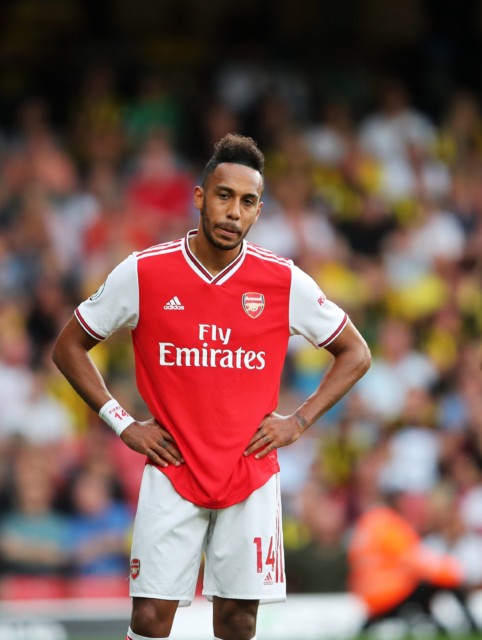 THE outcome of the FA Cup could be make or break for Pierre-Emerick Aubameyang, amid interest from Barcelona.

The wantaway skipper is said to have become disillusioned with the lack of success at Arsenal and wants to move to a club where he has more chance of winning trophies.

According to The Mirror, Gunners fans are worried the Gabon ace will play his last game in an Arsenal shirt at Wembley.

Auba has just one-year left on his deal and the North Londoners are desperate to renew their skipper’s contract.

Boss Mikel Arteta has even urged the club to get a deal done on more than one occasion in recent weeks.

However finances have often proved a stumbling block for the cash-strapped Gunners, particularly in the wake of the coronavirus crisis.

Emirates bigwigs had indicated they were hoping to sell players like Ainsley Maitland-Niles to fund a major offer to Aubameyang.

The club’s budget relies heavily on winning the FA Cup and more importantly, on nabbing a Europa League spot for next season.

It would be a major blow to the club’s finances if they were to miss out.

Barcelona, Inter Milan and Juventus are all monitoring Auba’s contract situation with keen interest, ahead of a potential summer swoop.

The LaLiga giants have made no secret of their desire to acquire a new forward this summer.

And while Inter Milan goal-getter Lautaro Martinez appears to be at the top of their wishlist, his £100million release clause is proving to be a stumbling block.

Aubameyang is virtually irreplaceable at the Emirates, having shared the Golden Boot last season and finding the net 22 times in the top-flight this term, which is just one behind top scorer Jamie Vardy.