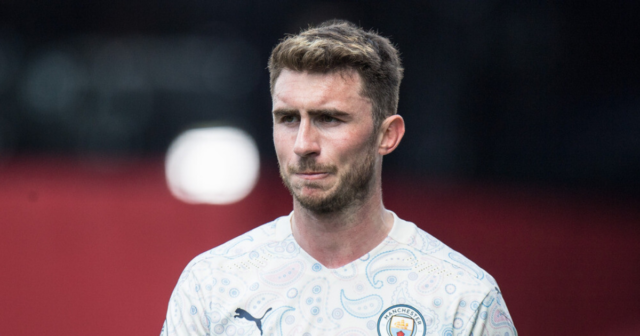 AYMERIC LAPORTE wants to leave Manchester City this summer, according to reports.

The Spain international fell behind John Stones and Ruben Dias in the pecking order at the Etihad last season.

And according to Duncan Castles on the Transfer Window Podcast, he is now ‘unhappy’ at the club.

He also revealed that Barcelona have shown an interest, but would struggle to afford a deal this summer.

And that Laporte is ‘pushing’ City to facilitate his exit.

Castles then added that the defender is ‘kicking up enough of a fuss’ to ‘pressure the club into finding a solution’.

He was initially a key player when fit, but found himself diminish in status after Dias’ arrival last summer.

That, plus the renaissance of Stones, has seen Laporte relegated to third choice at the back.

He made just 14 starts in the Premier League last term, with a further three coming in the Champions League.

Laporte’s preference would be to move back to Spain, who he played for at Euro 2020.

He came through the ranks at Athletic Bilbao, making 222 appearances for the Basque club.