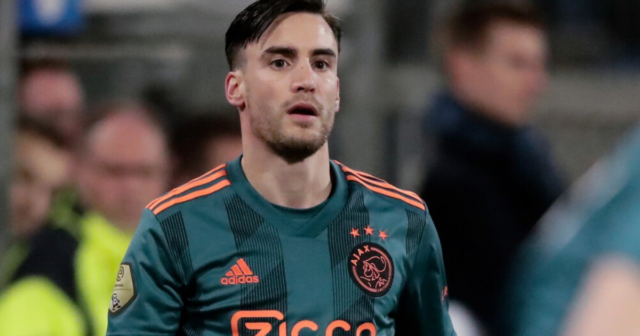 The 29-year-old left-back looks to have plenty of admirers this summer with a number of clubs including Brighton fighting for his signature.

The Argentinian has been at Ajax since 2018 and was a key part of the squad that made the Champions League semi final in 2019.

Tagliafico though would command a fee of just £4.3million, according to Spanish outlet Mundo Deportivo.

Barca are thought to have tried to sign Tagliafico in January and the player has reportedly told Ajax he wants to leave this summer.

But it would appear the Catalan giants would face competition for his signature.

As well as Brighton, Sevilla and Lyon are also claimed to be keen on a move for the experienced defender.

The French club are on the lookout for a left-back after Manchester United hijacked their move for Tyrell Malacia.

Tagliafico though is said to be prioritising a switch to LaLiga.

Due to Barcelona’s well known financial problems a cut price deal for Tagliafico could prove to be a good alternative to Alonso.

Barcelona have been heavily linked with Chelsea ace Alonso as they look to continue a summer rebuild at the Nou Camp.

Alonso has previously revealed he dreams of a return to Spain.