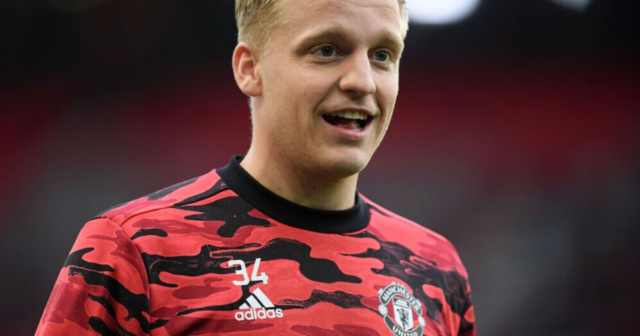 BARCELONA have reportedly been offered the chance to rescue Donny van de Beek from his Manchester United hell.

And Samuel Umtiti could go the other way as part of a deal for the Dutchman.

According to The Express, the Catalan giants are ready to move for Van de Beek after a torrid 12 months at Old Trafford.

The 24-year-old arrived from Ajax last summer in a whopping £39million deal with high hopes but has failed to impress United boss Ole Gunnar Solskjaer.

During his tenure, the Netherlands international has only made a paltry three starts at the Theatre of Dreams.

And Barca are eager to improve their squad following their dismal form last season which saw them finish third in the La Liga, and crash out of the Champions League in the last 16 at the hands of Paris Saint-Germain.

But the Catalan giants dire financial situation has made it difficult for them to bolster their squad ahead of the new campaign.

That means that Ronald Koeman would be willing to offer defender Umtiti to the Red Devils as part of the deal.

He was linked with a move to Old Trafford in 2018 but the move never materialised.

The Frenchman has lost his place in the Barca team to Everton target Clement Lenglet due a series of injury issues.

And United may pass up the opportunity to sign him as they close in on bringing Real Madrid ace Raphael Varane to the club.

United are confident of completing the deal for the centre-back in the coming days but Solskjaer is keeping his cards close to his chest.

He said: “Varane? I only speak about players when we sign them.”