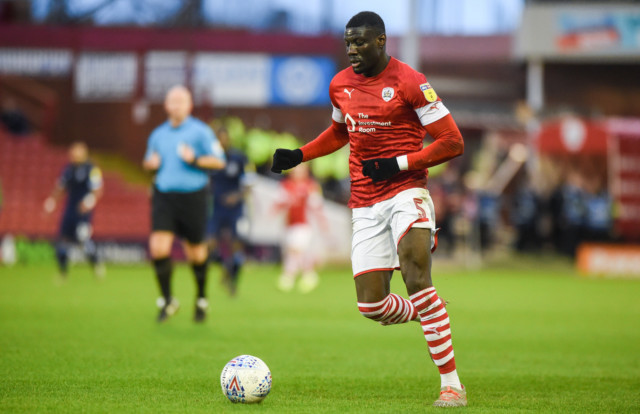 BARNSLEY defender Bambo Diaby has been banned for two years for doping and has had his contract ripped up by the club.

The 22-year-old is now prohibited from ‘all forms of football activity’ until 2022.

Diaby was hit with the provisional suspension in January

He was found guilty by the FA and World Anti-Doping Agency of breaching regulations.

Diaby showed traces of Higenamine in an ‘in-competition’ urine sample when tested in January 2020.

Higenamine was added to the list of banned substances in 2017.

It is found in a variety of plant sources and is on the banned list as it could act as a general stimulant.

The Spain-born Senegalese centre-back could not explain how the substance got into his system.

He has now been hit with a two year penalty – and Barnsley made it a double-whammy as they terminated his contract.

Diaby thanked fans for their support during his suspension in an open letter on the club website. 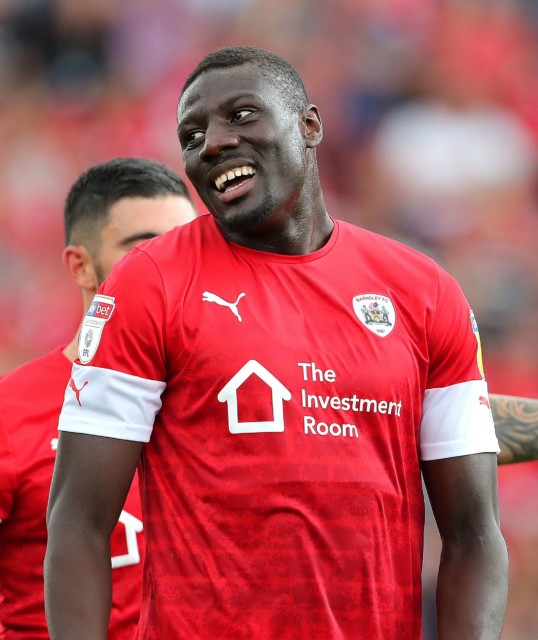 He said: “I maintain my innocence, something the FA have acknowledged themselves but I must handle this decision with my family and look forward to a brighter future.

“I was welcomed with open arms by staff, players and the whole community of Barnsley. I made this place my home and was looking forward to many years playing for the town and its people.”

Barnsley released a statement explaining their decision to part ways with Diaby was ‘regretful’.

“Despite making sincere efforts to identify the source of the prohibited substance, Bambo Diaby has been unable to do so.

“Because of this, a two-year mandatory ban has been imposed by World Anti-Doping Agency and the FA. Bambo Diaby was not found guilty of knowingly ingesting a banned substance.

“Both Bambo Diaby and Barnsley FC have been honest and compliant throughout the process. However, following the outcome, regretfully Bambo Diaby’s contract has been consensually terminated.”

Advertisement. Scroll to continue reading.
In this article:barnsley