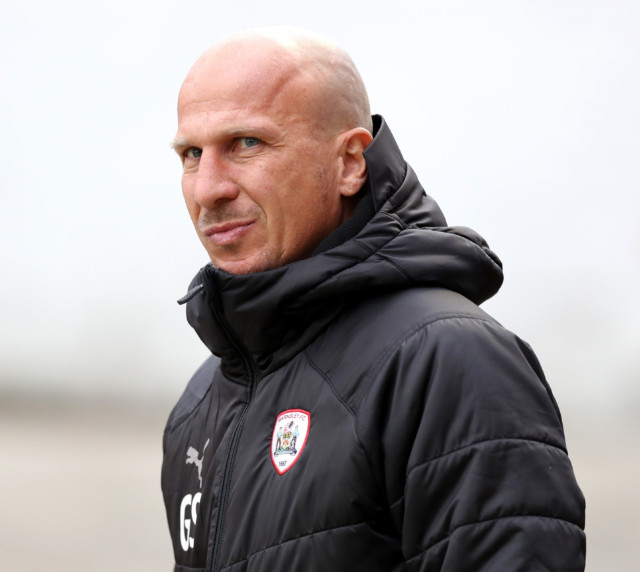 The Austrian coach famously saved the Tykes from relegation into League One last season after arriving in November — but admitted early this campaign that the board did not match his ambition.

However, Struber insists he leaves with a heavy heart as he aims for further success after the MLS club triggered his contract buy-out clause.

He told SunSport: “I would like to express my sincere gratitude to Barnsley FC and all officials, team and staff who worked together to achieve what we have.

“A big thank you also goes out to the great fans for their trust and their massive support along the way!

“I took over in a difficult situation, but together, we managed to pull off a feat that hardly anyone thought possible at the time.

“I think it was obvious to everyone what being in charge of this fantastic club meant to me in that moment.

“I will always look back fondly on my tenure here.

“I wish Barnsley and the supporters nothing but the best for the future.”

Dane Murphy, Chief Executive Officer of the Championship club, explained: “As much as we wanted Gerhard to remain at Oakwell we were not in a position to deny him this opportunity.

“Looking toward the immediate future, the recruitment process for a replacement has already begun and we will update supporters when appropriate.

“In the interim, Adam Murray will take charge of first team matters.

“This club has good people across numerous departments that will do their utmost to assist Adam.”

Did you miss our previous article…
https://www.sportingexcitement.com/football/premier-league/juventus-sign-federicho-chiesa-from-fiorentina-in-huge-54m-transfer-after-man-utd-fail-to-land-winger

In this article:barnsley, oakwell, York