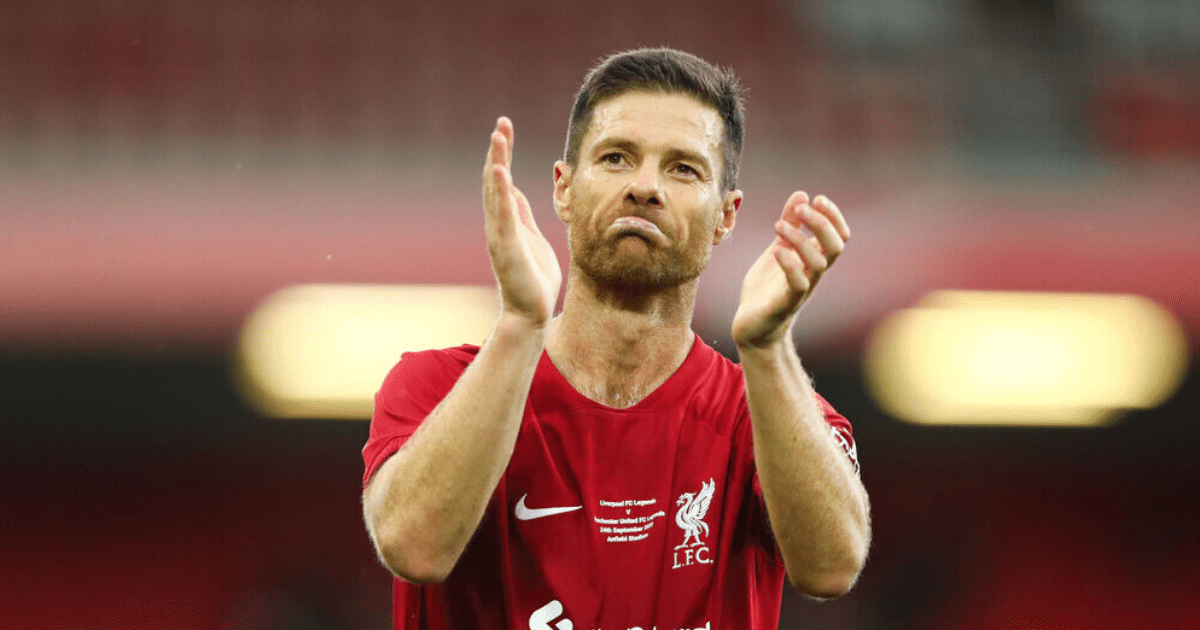 LIVERPOOL legend Xabi Alonso has been confirmed as the new manager of Bayer Leverkusen.

The Bundesliga outfit announced on Wednesday they had parted ways with head coach Gerardo Seoane.

Alonso is set to embark on his first senior managerial role

And Alonso, who had been in charge of Real Sociedad’s B team up to now, will succeed the Swiss manager at the German club.

Speaking about taking the job, Alonso told the club website: “I know Leverkusen from my time in Germany as an excellent club.

“Bayer 04 have always had great players, and I see a lot of quality in the current squad too.

“In my discussions with the club, it quickly became clear that, despite the currently difficult situation, ambitious goals are still being pursued in principle.

“I am very excited about this task and I am sure that we will live up to this claim.”

And prior to that, he had a brief spell in charge of Real Madrid’s U14s.

His coaching career began in 2018 following his retirement from football the previous year.

He is no stranger to German football having enjoyed three seasons with Bayern Munich before hanging up his boots.

Prior to that, he spent six years at Real Madrid where he claimed the LaLiga title, Champions League and two Copa del Reys.

But it was at Liverpool where he really announced himself to the world after coming through at Real Sociedad.

Alonso was an Anfield favourite during his five-year stint at the club from 2004 to 2009.

He made 210 appearances and scored 19 goals, with his crowning achievement coming in helping Liverpool to win the 2005 Champions League final.

The Spaniard also won the 2006 FA Cup final with Liverpool.

And he was capped an incredible 114 times by his country, triumphing with Spain at the 2010 World Cup.