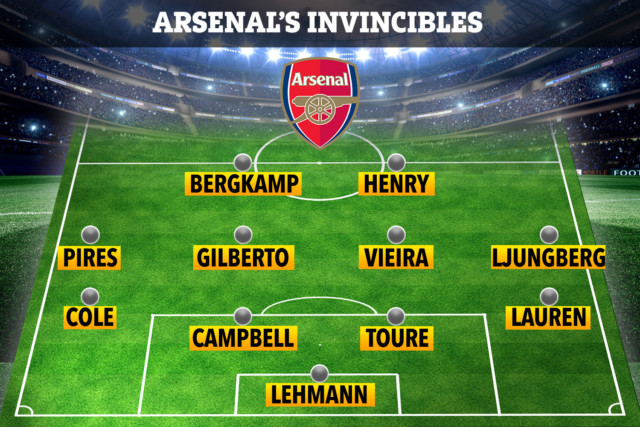 ARSENAL legend Dennis Bergkamp has blamed Arsene Wenger’s tactical switch to abandon his 4-4-2 formation for the club’s dramatic decline during the Frenchman’s tenure.

The Dutch striker lifted three Premier League titles in the space of just six years between 1998 and 2004 under the former Monaco manager. 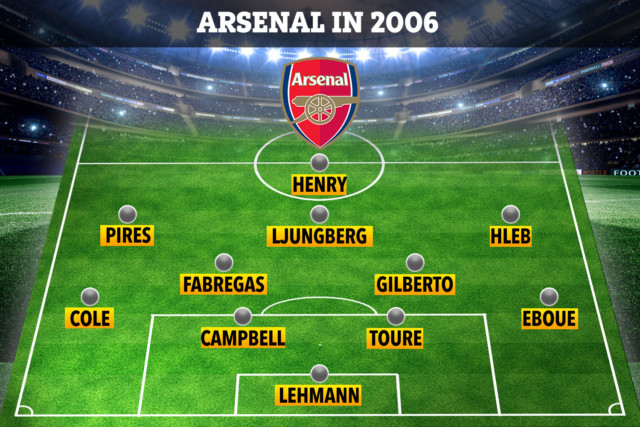 Arriving in north London as a relative unknown, Wenger masterminded 11 major honours during his first decade at the Gunners.

The 70-year-old had Bergkamp in the No.10 role supplying Nicolas Anelka and later Thierry Henry and formed the all-conquering Invincibles side.

However, the latter half of his tenure was decidedly less successful with FA Cup success the only major silverware lifted since 2004.

Many have attributed Arsenal’s decline to the financial constraints surrounding their move to the Emirates stadium in 2006, with Wenger himself claiming the club left their soul at Highbury.

Yet Bergkamp has a different theory and points to his old boss’ decision to ditch his tried and tested 4-4-2 system as his Invincibles side began to break apart.

Asked by Arsenal stalwart Martin Keown why the situation at the Gunners started turning for the worse, he told the Daily Mail: “Arsene started experimenting.

“Arsenal after 2006, there was too much midfield play.

“There were no players going into attack, and only one striker who was lonely.”

Wenger’s switch to the 4-5-1 formation did bring initial success, with Arsenal reaching its first and only Champions League final in 2006 – Bergkamp’s last season with the club.

But Keown agreed with his former teammate’s evaluation and admitted the system had been tweaked to suit the emerging Cesc Fabregas.

He said: “With five in midfield, instead of having you there, he had Cesc Fabregas.

“You would start high then drift into midfield.

“Then Wenger reversed it. Then the player started deep and went high, as Fabregas did.

“Many years later, I spoke with a big-name winger at Arsenal. I asked him: ‘Why do you always stay wide?’ Play with freedom. Be instinctive.

“That’s what the boss wants.”