Best and worst XIs of stars swapping Prem for LaLiga as Martial joins Sevilla including Ronaldo, Beckham and Woodgate
Advertisement 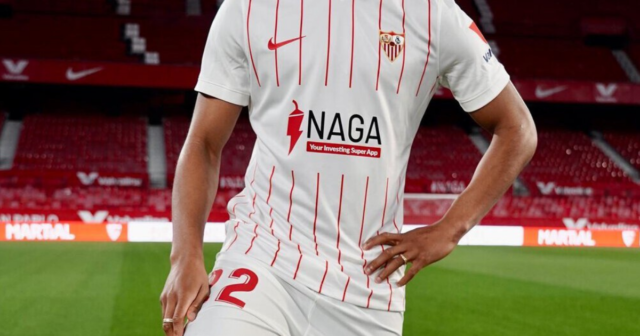 ANTHONY MARTIAL has joined Sevilla on loan for the rest of the season, joining a long list of stars who have swapped the Premier League for LaLiga.

Some have fared better than others, but as Martial departs Manchester United for Sevilla the 26-year-old will be hoping to make his mark in Spain.

A number of the Premier League’s biggest names have been tempted into moves to LaLiga over the years, more often than not in big-money transfers to Barcelona or Real Madrid.

The lure of the two Spanish giants is hard for footballers to turn down, as Prem clubs have found out the hard way.

But the dream move hasn’t always turned out exactly how players would had wanted, with Philippe Coutinho’s failed £142m move from Liverpool to Barcelona a prime example.

Here SunSport take a look at some of the biggest names to have upped sticks and jetted off to sunny Spain, in a best and worst eleven of LaLiga signings from the Premier League. 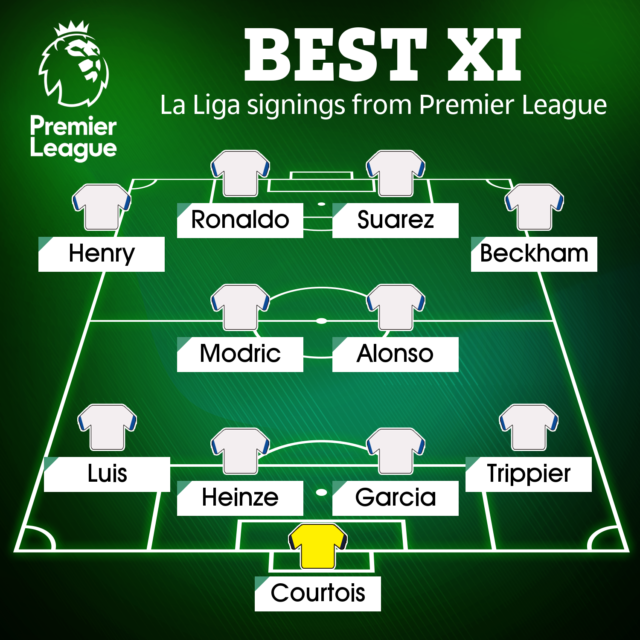 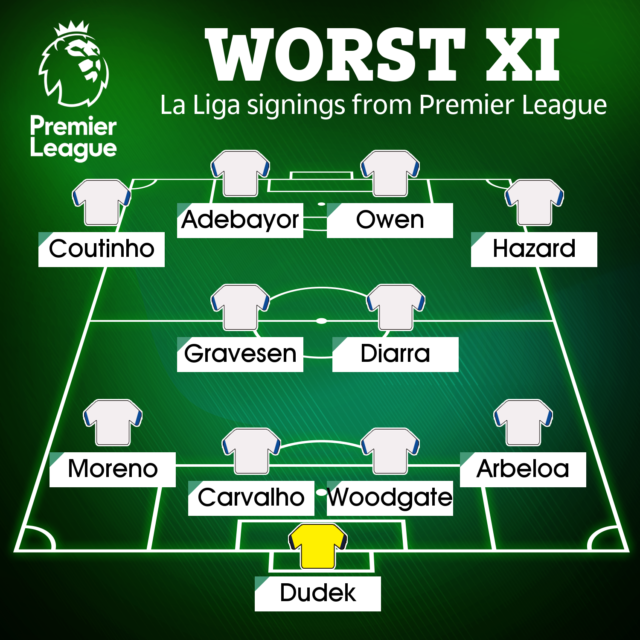 A worstXI of players who joined LaLiga from the Premier League

During his time in Spain the Uruguayan has won the Champions League and FIVE La Liga titles, scoring 225 goals in 350 games so far.

But at the other end of the spectrum there have been some absolute howlers, which Martial will be desperately trying to avoid as he runs out for his new team.

The defender joined Real Madrid from Newcastle in 2004 for £13.4million, and played just NINE La Liga games in three years for the club.

But it’s his debut for which will be remembered the most – scoring an own goal and being sent off in the clash against Atletico Bilbao.

As long as Martial avoids a repeat of that when he makes his Sevilla bow, he’ll go a long way to avoiding a place in a worst XI in years to come.