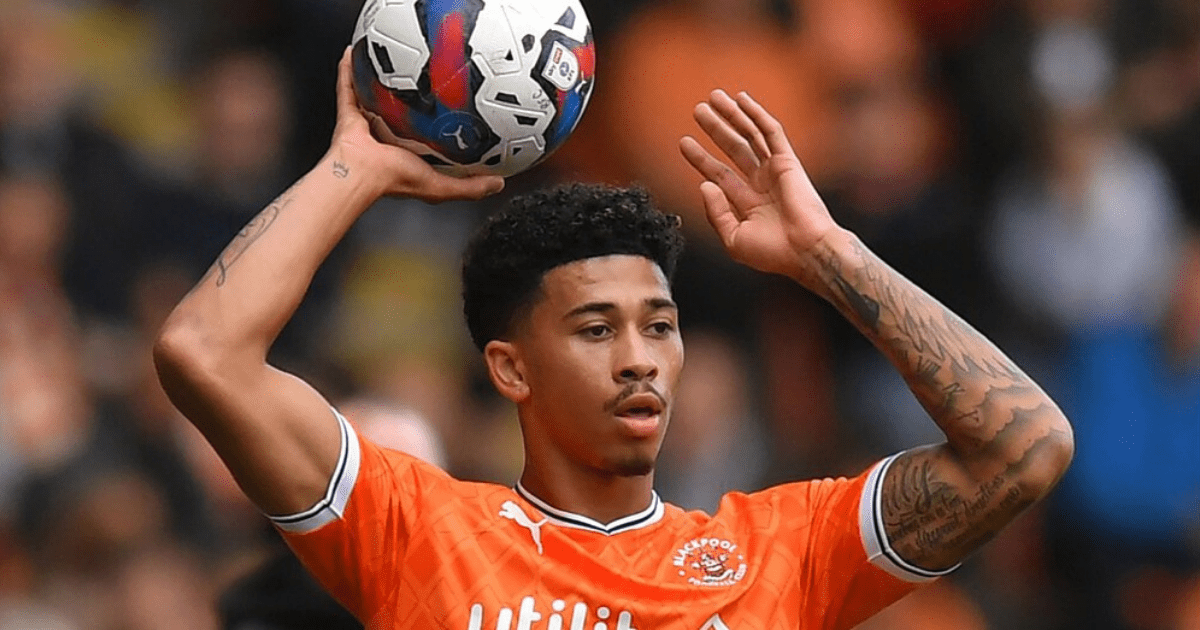 BLACKPOOL defender Jordan Gabriel is facing weeks on the sidelines after he was injured sitting on a stool.

Gabriel, 24, missed Blackpool’s draw at Sunderland on Tuesday night after suffering a meniscus tear in his knee at home, manager Michael Appleton has revealed.

Gabriel was injured after sitting on a stool at home

Appleton said: “He did it at home sitting on a stool.

“We won’t know the full extent until he sees the specialist.

“In 10 years as a manager, I’ve known four players who’ve got injured at home and accidents do happen.

“It is part and parcel of life and it is unfortunate.

“I feel sorry for Jordan. He got stronger and stronger in the game on Saturday, so I can imagine his disappointment and frustration and he’ll feel it as much as me.”

The game on Saturday saw Gabriel enjoy the full 90 minutes as the former Premier League side beat Norwich 1-0 at Carrow Road.

Gabriel has provided one assist from full-back so far this season, having missed just two league games prior to Sunderland.

Up next they face Premier League relegation victims Watford, before an even tougher test against Championship league leaders Sheffield United.

Did you miss our previous article…
https://www.sportingexcitement.com/football/premier-league/liverpool-goalscorer-alexander-arnold-given-standing-ovation-but-dont-bet-on-him-making-englands-world-cup-squad/

In this article:defender, freaks, suffers