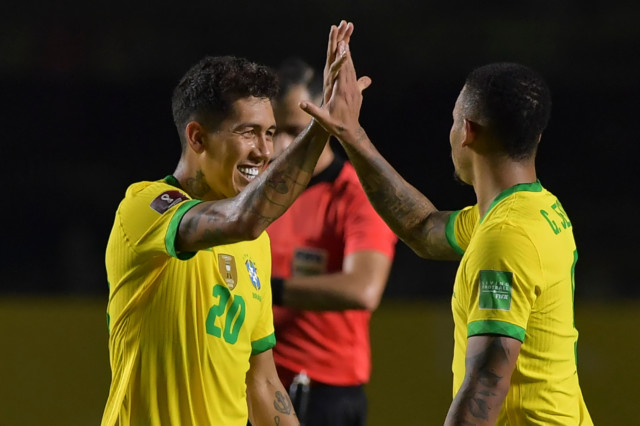 Brazil kicked off their World Cup qualifier at home to Venezuela on Friday night with seven Premier League players in the starting line up.

Ederson was in goal – strangely and surprisingly selected ahead of Alisson.

Thiago Silva was at the heart of the defence, with Allan and Douglas Luiz providing the midfield protection. And up front were Roberto Firmino, Richarlison and Gabriel Jesus.

But this all Premier League attack failed to fire. Brazil had almost all the possession.

Against cautious opponents the game often seemed like an exercise in attack versus defence.

But there were few clear chances, and only a single second half goal from Firmino to preserve Brazil’s 100 per cent record after three rounds of the competition.

In part Brazil’s difficulties were understandable. Venezuela have secured some goalless draws against Brazil in recent times, most notably in last year’s Copa America.

And the lack of time for training clearly harms the team that wants to attack.

But there is also a centre forward problem. Brazil appear to lack a natural for the number nine role. 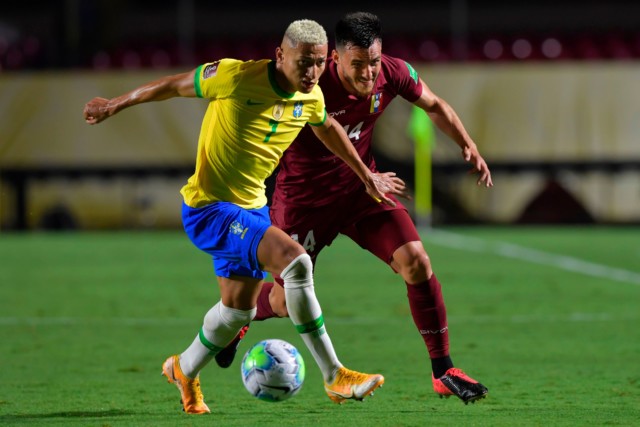 Richarlison played as a centre forward in the World Cup qualifier

Indeed, the centre forward position has passed around all three of the Premier League stars.

Going into the last World Cup Gabriel Jesus seemed to have solved the problem.

But he, very rarely for a Brazil centre forward, failed to score in Russia.

Brazil coach Tite has since decided that he is a striker at his best attacking from wide positions rather than a penalty area specialist.

Roberto Firmino was then given the role. But, as Liverpool fans well know, he works best as a facilitator, lying deep and threading through his passes.

For this game, with Neymar absent, Tite used Firmino in this role, describing him memorably as “more bow than arrow.”

And so this time Richarlison moved into a central role. This can work – but not against opponents such as Venezuela, who lie so deep.

Richarlison is a front to goal striker who needs space to shine, and his back to goal game lacks subtlety when the team are trying to pass their way through massed defensive ranks. 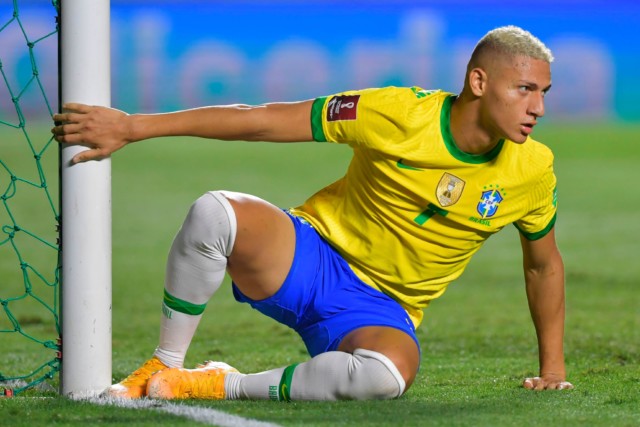 Richarlison struggles against opposition who sit back and defend

The next match, on Tuesday, may be more to his liking, Brazil are away to Uruguay, whose morale is soaring after a superb 3-0 win away to Colombia on Friday.

One thing that Uruguay do not lack is centre forwards. They still have the old firm of Luis Suarez and Edinson Cavani, who scored the first two goals against the Colombians.

And they have prepared some long term replacements. Maxi Gomez of Valencia is injured at the moment.

But they can also count on recent Benfica signing Darwin Nunez, who came off the bench on Friday to score a cracking third goal.

The striking thing about Uruguay’s strikers is the way they are prepared to sacrifice themselves for the team.

They began Friday’s game in their customary 4-4-2, with Suarez staying high and Cavani occasionally dropping into midfield.

Cavani gave them the lead, but with Colombia throwing everything at them, coach Oscar Washington Tabarez reorganised at half time.

On came Nunez. But Uruguay were not playing with three up front. Nunez played on the left wing, tracking back the runs of the Colombian right back. 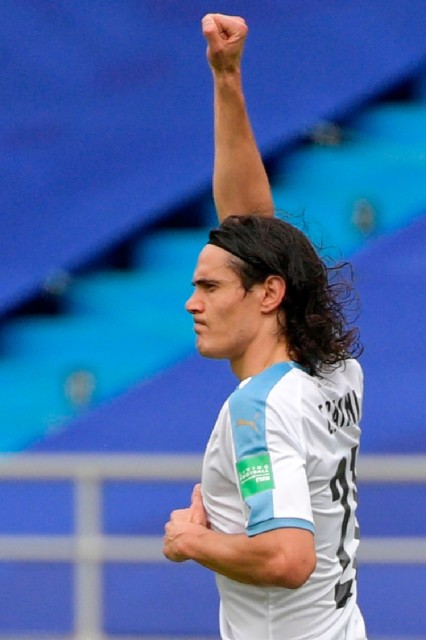 Cavani did the same on the left – and the fact that a player with more than 50 international goals is prepared to work this hard speaks volumes for Uruguay’s team spirit, and for the mentality of Manchester United’s recent acquisition.

So who comes out on top on Tuesday?  Will it be another triumph for Edinson Cavani?

Or, against less defensive opponents than Venezuela, might Brazil’s Premier League attack find the space to show their stuff?