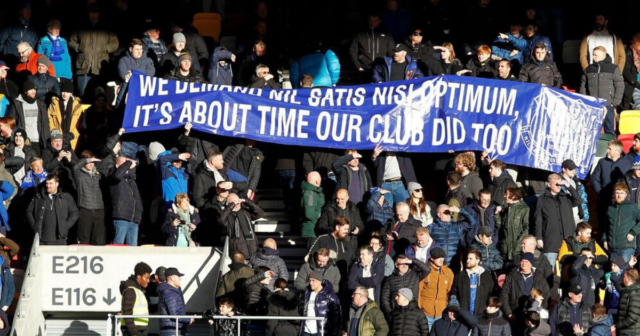 THE travelling Everton fans held aloft a banner before kick off. It read: We demand nil satis nisi optimum, it’s about time our club did too.

If I remember correctly from my GCSE in Latin, ahem, it roughly translates as nothing but the best is good enough. 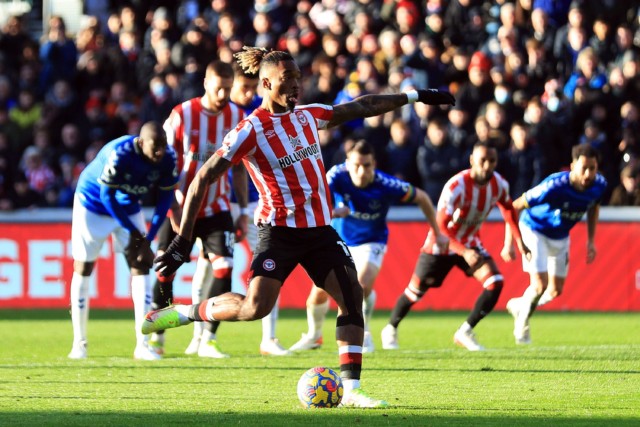 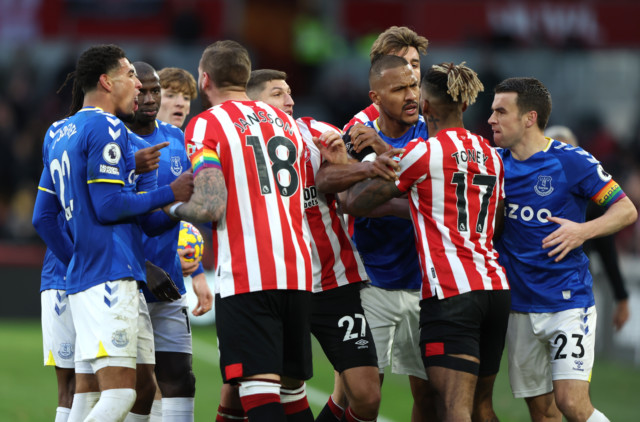 The message was clearly not heeded by those players in blue and their manager Rafa Benitez as Ivan Toney’s first half penalty extended their winless run in the Premier League to seven matches.

That is their worst sequence since January 2018 under Sam Allardyce.

You do not need to be fluent in Latin to realise Benitez is now under pressure.

Getting things right at the School of Science was never going to be a quick fix. But there were an awful lot of dunces’ hats on view in the visitors’ class today.

Of course it does not help their situation that the mob across Stanley Park are so attacking and free-flowing.

Everton are anything but that at the moment.

The boos from the away end at the final whistle told you everything you need to know where Liverpool’s second club are at the moment.

And just in case the players did not get the message they were greeted by V-signs galore when they went over to applaud the hardy souls who had braved arctic conditions to see their team lose to opponents who themselves came into this clash on a run of five top flight matches without a victory.

In truth, there was not much between the sides – which is a damning indictment on Everton. After all they were playing Brentford, not Barcelona.

As for the Bees you cannot fail to be impressed by their spirit and determination to play the way that got them promoted from the Championship last season.

Whether it will be enough to keep them in the top flight remains to be seen. But so far so good.

Toney was given the chance to give Brentford the lead with a 24th minute penalty after VAR Jon Moss ordered ref Darren England to go to the pitchside monitor to watch the Andros Townsend high kick in Frank Onyeka’s face that he somehow failed to spot the first time.

Toney stepped up to cooly convert his 18th of 19 career spot kicks and back up his manager Thomas Frank’s bold claim on Friday that the Bees frontman is the best penalty taker in the world. 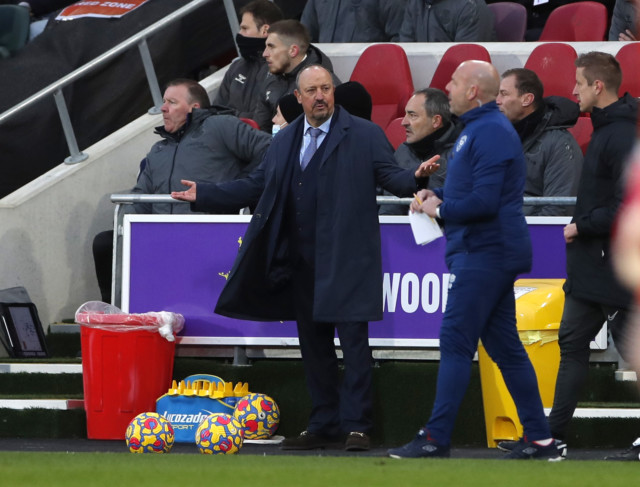 Rafa Benitez is now seven games without a win

The hosts then went close again with Bryan Muembo having a shot saved by Jordan Pickford before Abdoulaye Doucoure headed Andros Townsend’s cross straight at Toffees’ team-mate Rondon – with Rondon claiming he deserved a penalty for Charlie Goode trying to pull the shirt off his back.

Rondon hit a goalbound volley into the back of Alex Iwobi as the visitors upped their tempo after the break. And Iwobi had a weak shot easily saved by Fernandez at his near post.

Things got heated on the pitch and by the dugouts when Everton refused to kick the ball out of play as Brentford’s Rico Henry lay injured in the centre circle.

The visitors huffed and puffed for an equaliser but you never truly believed they would get one.

Benitez did not seem to have the answer – although the club’s problems run much deeper than him.

That said, it is always the manager who carries the can.

Not the ideal preparation for Wednesday’s Merseyside derby.

Anyone know the Latin for “mutual consent?”

Advertisement. Scroll to continue reading.
In this article:everton, premier league