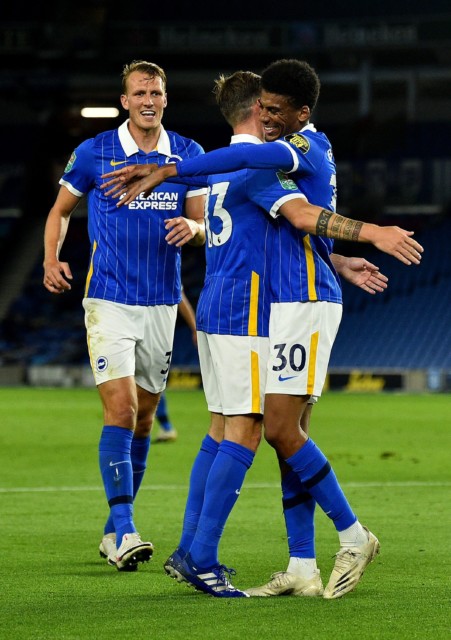 IT turned out to be quite a night for Brighton’s rampant B-Team as they unleashed their A-game to see off Pompey and head into the Carabao Cup third round.

There were no survivors in the Seagulls’ starting line-up from their defeat to Chelsea on Monday.

Boss Graham Potter had urged his fringe players to go and earn a regular spot to face Newcastle on Sunday.

And they did just that to book an away tie with Preston next week.

It was Alexis Mac Allister who fired the hosts ahead with his first goal in English football on 38 minutes.

Alireza Jahanbakhsh whipped in the cross to the young Argentinian – who launched a bullet header beyond the despairing dive of Craig MacGillvray.

However, Brighton were let off when the flag went up after Marcus Harness bundled in a John Marquis cross.

After the break, Jahanbakhsh unleashed an unstoppable 54th minute thunderbolt past MacGillvray.

The visitors were made to pay and just THREE minutes later, Pascal Gross whipped in a corner to Bernardo, who rose highest to head home his first goal in a Seagulls shirt. 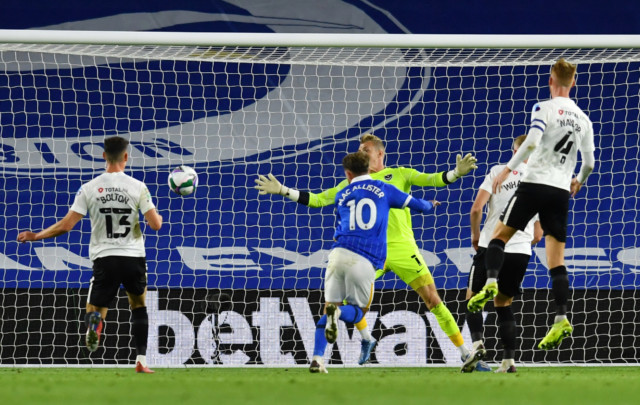 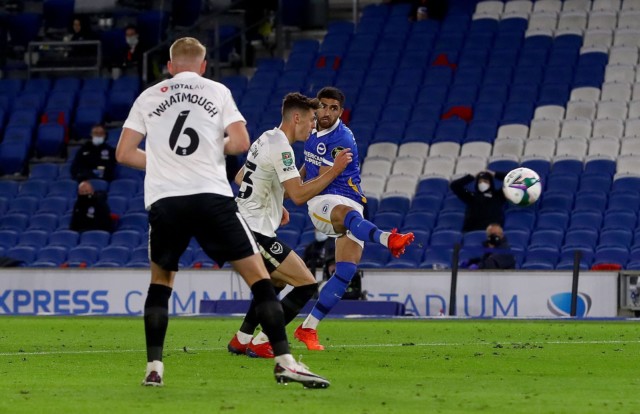 The Brazilian sparred his blushes, having been left with regret for scuppering a huge chance early on.

MacGillvray had palmed a fierce drive from Victor Gyokeres straight into the defender’s path – but he blazed his attempt hopelessly high.

But the Seagulls were flying when Swedish youngster Gyokeres sealed the deal after turning smartly to rifle beyond MacGillvray on 70 minutes – with his first senior goal for the club.