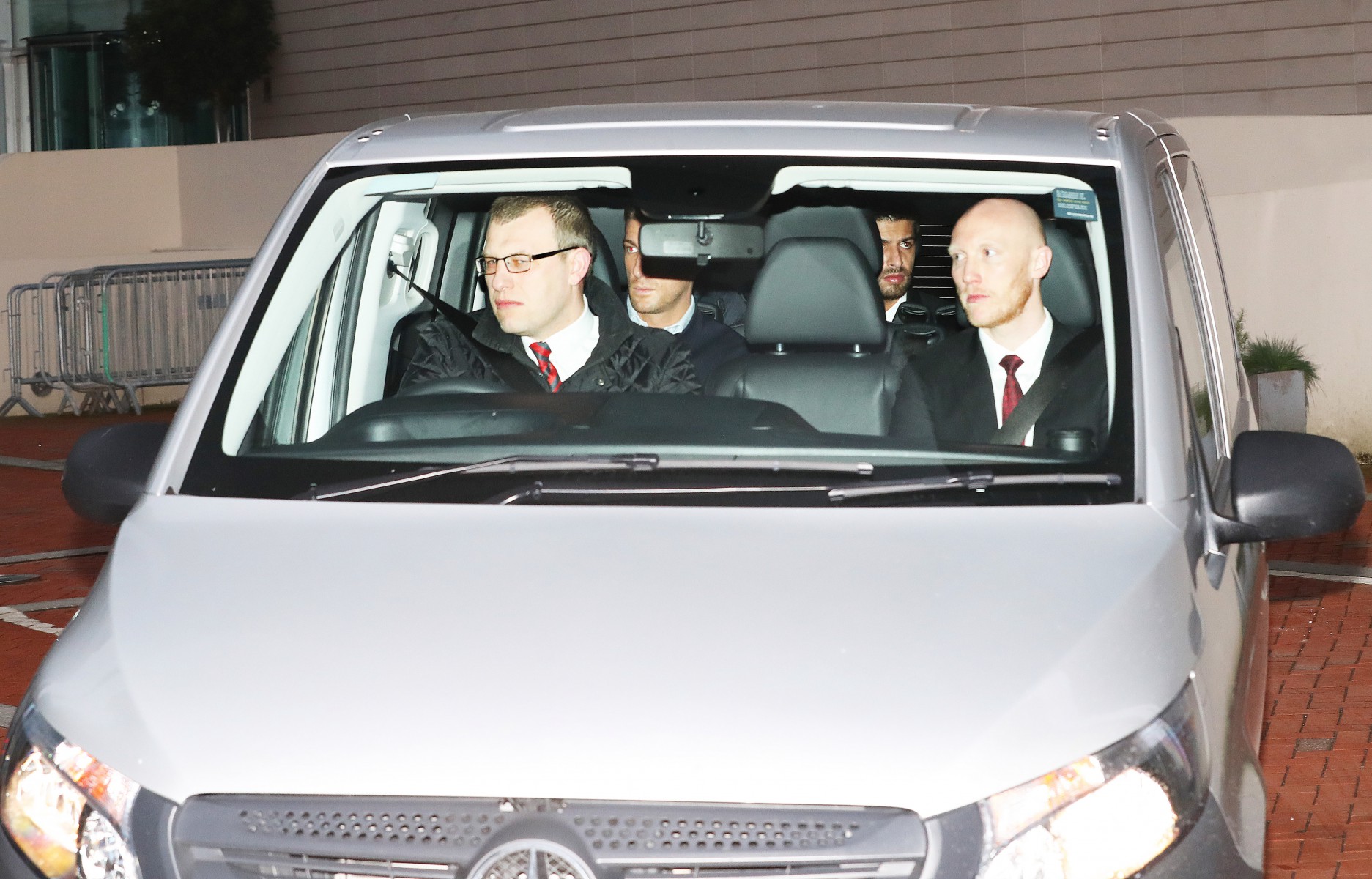 BRUNO FERNANDES has arrived at Carrington for his Manchester United medical this morning.

The long-awaited transfer is set to finally get over the line today after the Red Devils yesterday confirmed that a deal had been agreed with Sporting Lisbon for the Portuguese star.

A van, believed to have Fernandes himself in the back, was spotted arriving at Carrington this morning ahead of the player’s medical.

Fernandes, 25, yesterday flew over to England sporting a Homer Simpson t-shirt after a 55million fee was settled upon between the clubs.

Personal terms are not believed to be an issue, with the medical itself the last detail to thrash out before the move is finally complete.

After flying over in his private jet flanked by his agent, Fernandes was transported to Manchester United’s regular haunt The Lowry Hotel, where he stayed last night before being whisked off to Carrington today.

The Red Devils finally confirmed the deal yesterday, with a statement reading: “Manchester United is delighted to announce it has reached agreement with Sporting Clube de Portugal for the transfer of Bruno Fernandes.

“The deal is subject to a medical and the agreement of personal terms.

“A further announcement will be made in due course.”

The deal represents a big step forward for the Red Devils, who have been chasing Sporting Lisbon’s skipper since the summer.

It failed to materialise back in August, but negotiations are believed to have swiftly reopened at the start of this month.

And after a protracted saga, United have finally got their man.

Solskjaer has been looking to add creativity and goals to his midfield, particularly with the continued absence of, and uncertainty around Paul Pogba’s future.

Fernandes should provide just that, having bagged 47 goals from the middle of the park since the beginning of last season for the Liga NOS side.

His experience of captaining the Portuguese giants could also add some much-needed leadership to the Red Devils.

Sporting had been holding out for a full 68million paid upfront for their star asset.

But United managed to lower that price with a structured deal, in which they are believed to be paying 46.6million upfront, plus 4.2m based on appearances and a further 4.2m if they qualify for the Champions League.

There is also a further 12.7million on offer should Fernandes win the Ballon dOr and help take United to Champions League glory.

And United have secured the player for the rest of his peak years, with a four-and-a-half year contract agreed in principle, with the option to extend it for a further year.