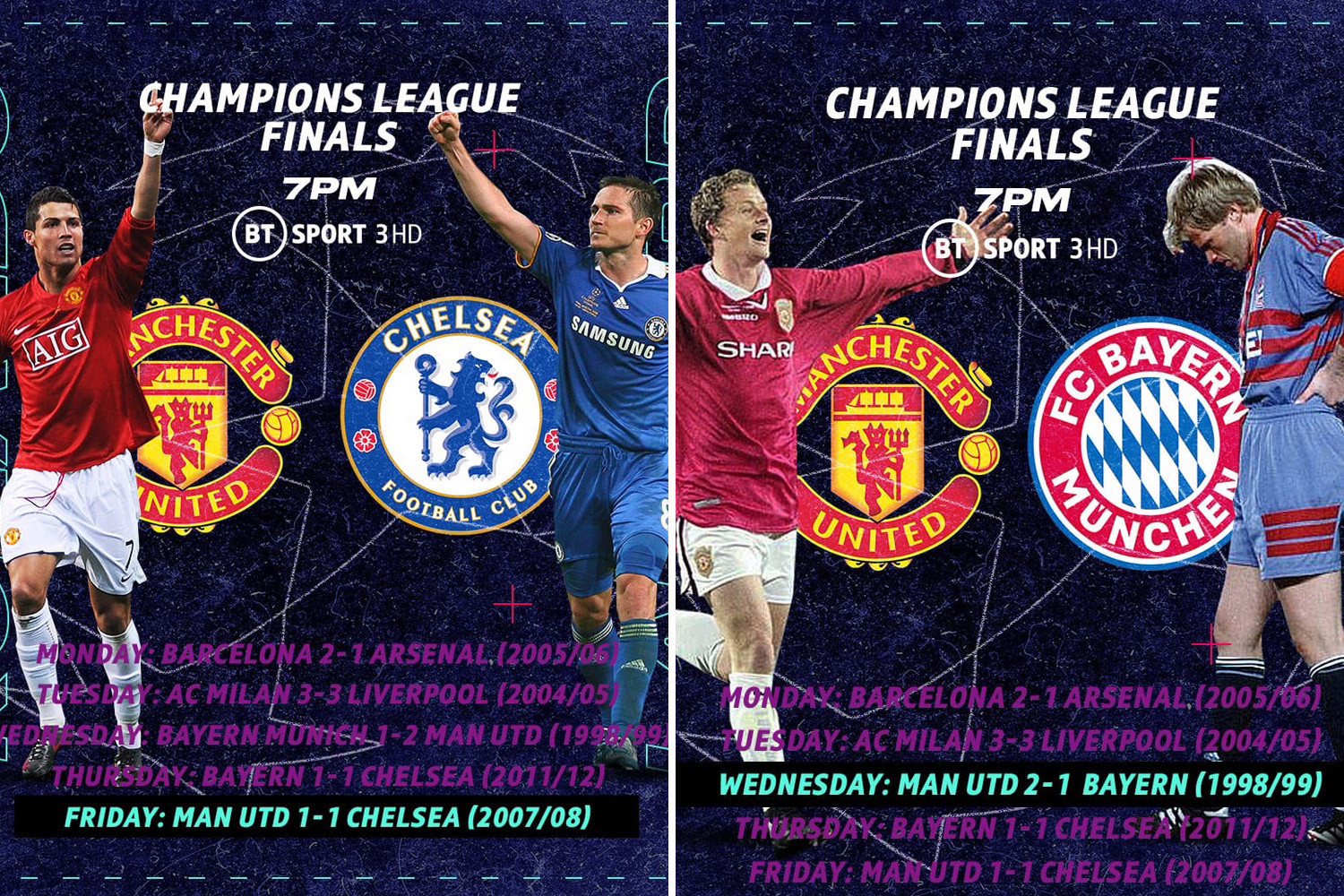 BT SPORT have launched two new shows to give fans their football fix while in lockdown amid the coronavirus pandemic.

With no live Champions League or Premier League matches for the foreseeable future, the broadcaster has been filling in the gaps with fresh content.

And supporters will now be able to watch some of British club’s best moments in European history with a pair of programmes.

Starting next week, Throwbacks will revisit last season’s quarter-finals, with both competitions finishing in all-English finals.

BT Sport 2 will be showing matches on Tuesday, Wednesday and Thursday, and then live over the next five weeks.

It will start with Tottenham’s first leg clash with Manchester City, Manchester United against Barcelona and Arsenal’s fixture with Napoli.

Throwbacks will also talk over all the latest football news that day, along with Rio Ferdinand and Robbie Savage interacting with fans on social media.

Alongside this, every night THIS week, BT Sport 3 will be showing highlights of some of the most magical matches in European history over the past 20 years.

These include Liverpool’s ‘Miracle of Istanbul’ win over AC Milan in 2005 and United’s dramatic victory over Bayern Munich to seal the treble.

Chelsea’s penalty shootout win over Bayern Munich in the Champions League final in 2012 will also be featured.

But Blues fans will also have to endure that rainy night in Moscow, which saw them lose on spot-kicks to the Red Devils.

“It will revisit possibly the greatest season British clubs have had in Europe on BT Sport 2.

“Broadcast every Tuesday, Wednesday and Thursday, these shows will be presented live by the BT sport team and will run for the next 5 weeks.

“It will follow the action from the Quarters, right up to the Finals.”

Meanwhile, Match of the Day are currently running historic Premier League fixtures to fill the gap of no live games.