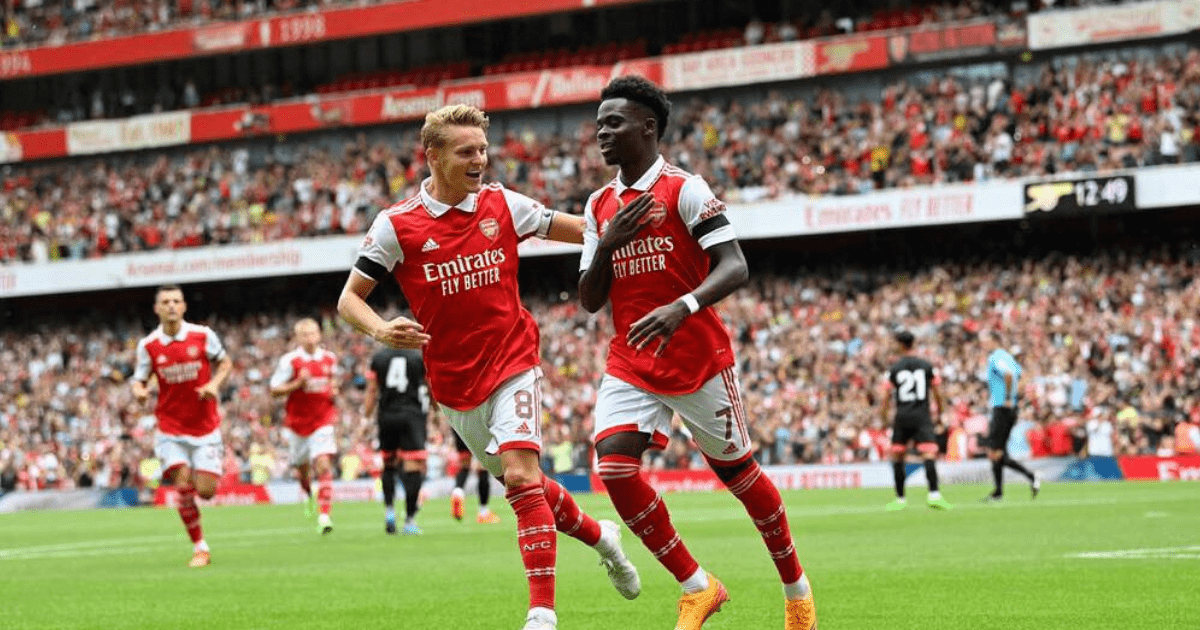 BUKAYO SAKA has hinted a new Arsenal contract is on the way after investing in an executive box at the Emirates.

The Gunners star, 21, is currently under contract with the North London outfit until 2024.

But Arsenal are keen to tie him down to a new deal which would see him stay for a further three or four years.

According to The Mail, the club have offered him a contract worth £200,000 per week.

That is nearly SEVEN TIMES his current salary – which stands at just £30,000 a week.

And while Arsenal are still waiting for Saka to put pen to paper on the deal, he has dropped a big hint that he plans to remain a part of Mikel Arteta‘s squad.

Saka has “personally invested” in an executive box at the Emirates, a significant indicator that he does not see a transfer away from Arsenal transpiring in the near future.

Arteta has gone on record as stating he is confident Saka will extend his contract.

When asked back in August whether he agrees with the Arsenal boss, Saka then said: “I share his confidence. I really feel at home at Arsenal. I feel the love from my team-mates, from the coaches and from the fans.

“The manager is always there for me and the different bits of advice he gives me are special.

“The atmosphere at the Emirates is getting better and better and I can feel the energy boost from the crowd every time I play.

“We’re loving every minute of it and we feel a stronger team as a result of that support.”

The England international broke through into the first team as a teenager four years ago – a decade after joining the club.

Since then, he has racked up 140 appearances, contributing 24 goals and 33 assists.

And his form at the start of the new season has thrilled Arsenal fans as he has helped them to the top of the Premier League table.

Saka also carried that form into the international break where he starred off the bench for England in their 3-3 draw with Germany.