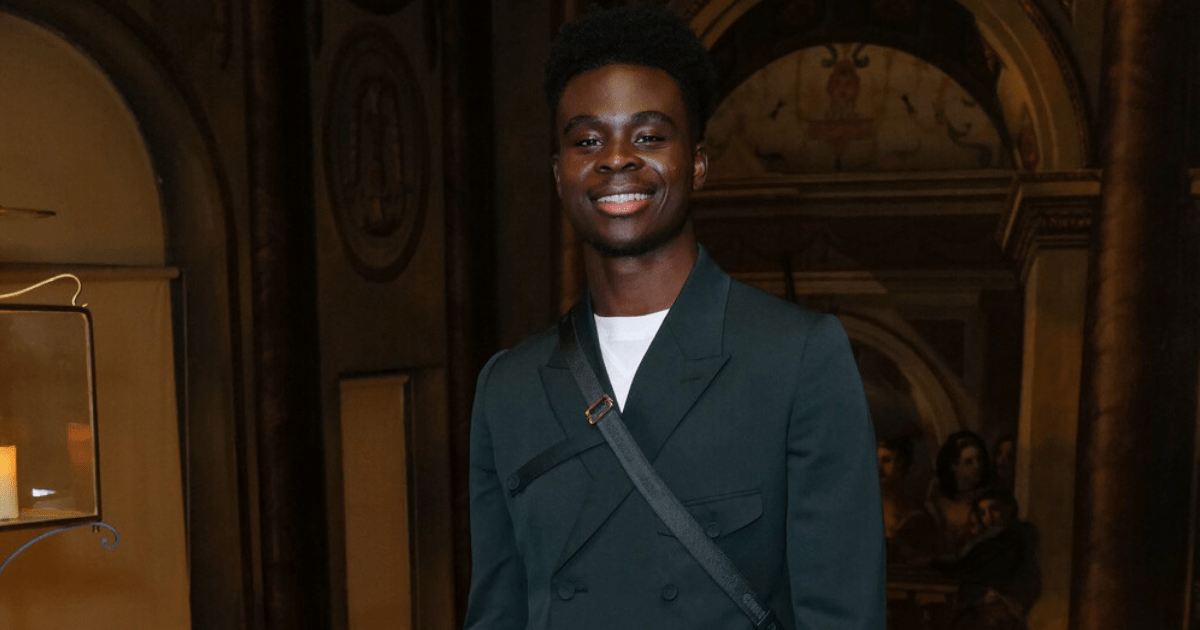 BUKAYO SAKA looked super suave as he rubbed shoulders with the stars at a plush Kensington Palace party.

The Arsenal and England midfielder was one of several A-listers in attendance at the Dior-sponsored shindig at the Palace this week.

The Arsenal and England winger, with Top Boy star Michael Ward, was dressed to the nines

Saka dressed up to the nines for the event, donning a casual dark green two-piece suit with a white t-shirt.

The 21-year-old completed his outfit with a swanky pair of black and white designer trainers.

Saka was all too happy to crack a smile and pose for pictures at the event.

The Gunners star looked a happy chappy as he posed for a snap with British actor Michael Ward.

Dior’s do at Kensington Palace was to celebrate ‘The Fabulous World of Dior at Harrods’.

But his attention will soon turn to bringing the World Cup home for England.

Saka was selected in Gareth Southgate’s 26-man squad for Qatar 2022 – which gets underway a week on Sunday – this week.

An elated Saka took to Twitter shortly after his inclusion in the squad was confirmed.

He tweeted: “My childhood dream to play in a World Cup has come true! Qatar 2022.

Saka played his way onto the plane to Qatar with a stellar first half to the Premier League season.

The wide man – who has been pivotal in Arsenal’s title tilt – has bagged four goals and six assists in his opening 13 league games this campaign.