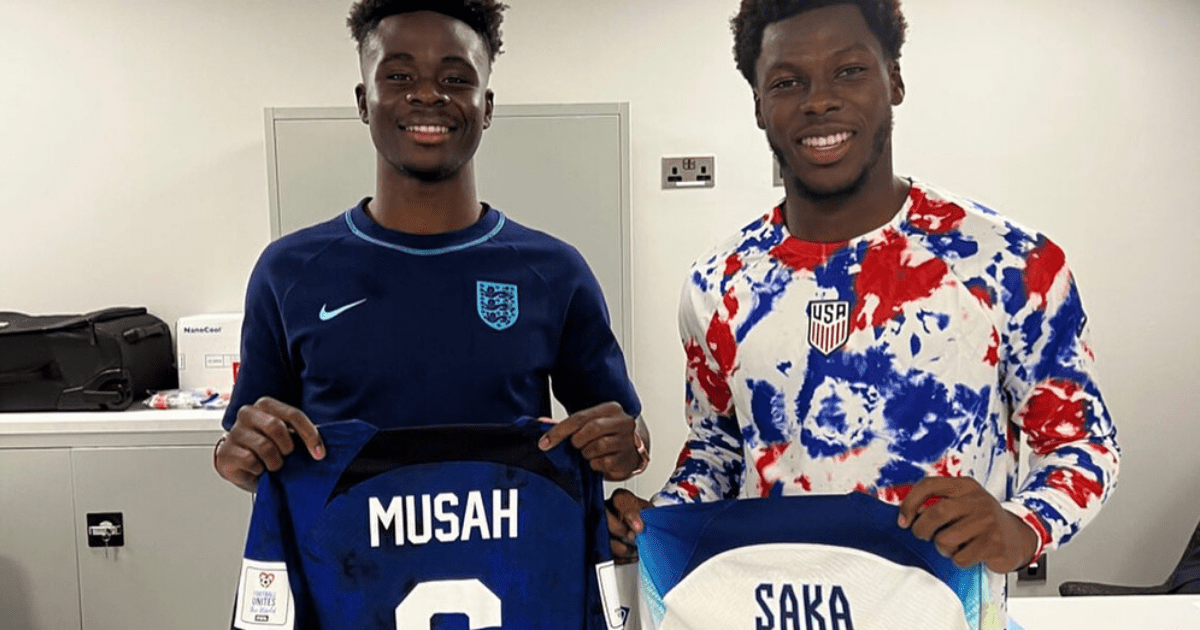 The winger, 21, has been a stand-out player for England so far in the competition.

Saka posed for a picture with Musah after the game

Musah played for Arsenal before moving to Valencia

He scored twice in the Three Lions’ record-breaking 6-2 win over Iran earlier this week and earned the Player of the Match award for his efforts.

But, like the rest of his teammates, he failed to impress as England were held to a bore 0-0 draw against the USA.

Despite the result, Saka was seen smiling and joking as he stopped to chat with his former academy teammate Musah, who started in midfield for Gregg Berhalter’s side.

The two swapped shirts and posed for a picture in the dressing room before Musah uploaded the snap to Twitter with a caption that read: “It’s been years since the days at Hale End but I’m so grateful to have crossed paths again on football’s biggest stage.”

Musah, 19, joined Arsenal‘s world renowned Hale End Academy at the age of nine after moving to London from Italy.

But, after seven years with the Gunners, he left to join Valencia in 2019.

The midfielder is now a regular presence in Gennaro Gattuso’s starting line-up.

But, following his impressive performance on Friday, some Arsenal fans are eager for him to return to north London.

One person tweeted: “Yunus Musah is a Hale End product. He looks like the central midfield version of Saka. Bring him home.”

While another added: “Musah looks a good player, only 19 as well, Arsenal look like they dropped the ball letting him go, he wouldn’t look out of place in Liverpool midfield.”