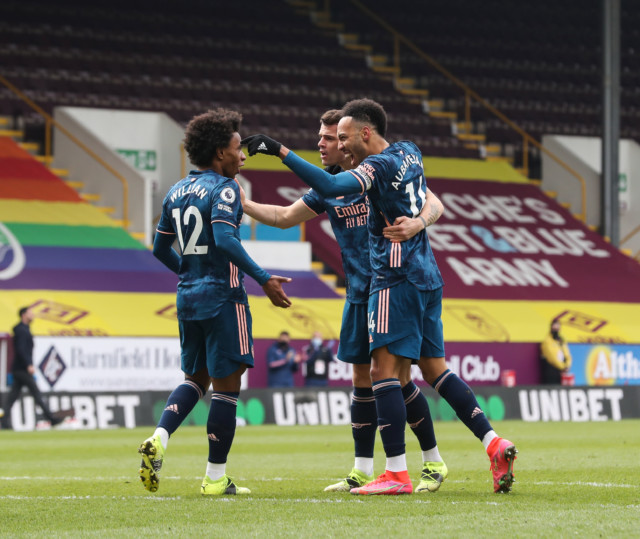 A MIXTURE of Granit and Wood left Mikel Arteta on the rocks as Arsenal showed they are still the undisputed kings of the cock-up.

Yet it took a controversial late VAR call to really bring the Gunners boss to his knees, just as they looked to have been given a chance of salvation.

More of that later…yet first the clanger five minutes before the break which gifted Burnley an equaliser before they’d even managed a shot on target of their own.

And no prizes for guessing it came from a mistake by Granit Xhaka which was so embarrassing you couldn’t even call it a schoolboy error – it would be too insulting to schoolboys.

Arsenal, as is their want, were playing out from the back but hardly under squeaky-backside pressure when keeper Bernd Leno passed to the Swiss midfielder in his own box.

Xhaka actually took a glance up before sweeping a pass to his right, where David Luiz stood unmarked on the flank.

But so, too, did Chris Wood bang in front of the Arsenal goal – and when the ball pinged across the area, it struck him in the guts and rocketed into an empty net.

Even Wood himself was so stunned he could barely celebrate. Xhaka simply stood and looked, almost shell-shocked by his gaffe.

Mind you, we should be used to seeing Xhaka tee up goals for the opposition by now. 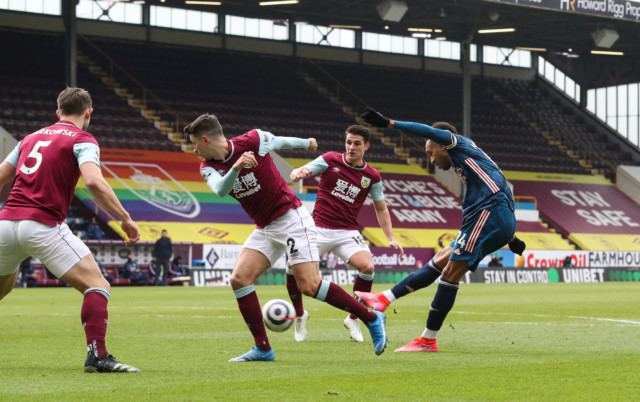 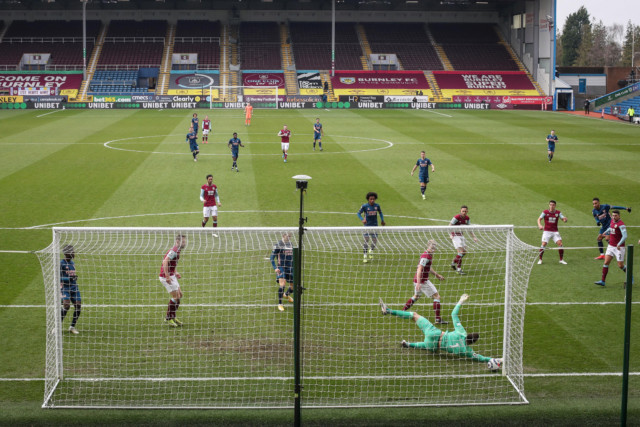 Since 2016-17 no less than EIGHT of his errors have led to goals…more than any other outfield player in the Premier League.

The fact that his latest came against Burnley just rubbed salt in the wound – because he was also red carded when these two met at the Emirates in December.

What a shocker it was, too, because to that point the Gunners were strolling it, albeit only with Pierre-Emerick Aubameyang’s early opener to show for it.

Aubameyang had left Clarets keeper with a red race of his own – in front of England chief Gareth Southgate as well – by catching him out at his near post.

Once Wood freakishly drew Burnley level, though, suddenly the tide turned and Sean Dyche’s men could have nicked it themselves when Leno saved from Wood.

Yet still the Gunners had one last chance to win it…or at least they thought they did when substitute Nicolas Pepe’s 83rd minute volley was turned onto the bar by Erik Pieters’ arm.

At least that’s what referee Andre Marriner initially ruled, flashing a straight red at the Clarets replacement after pointing to the spot.

But as ever it needed rubber-stamping, and VAR official Kevin Friend agreed with Pieter’s pleas that it struck his shoulder and the penalty was wiped out.

Even then they could have dramatically snatched it right at the death when Dani Ceballos thundered one against the post.

Yet it rebounded the safety, the Clarets had snatched a point…and Xhaka’s last chance of redemption had gone.