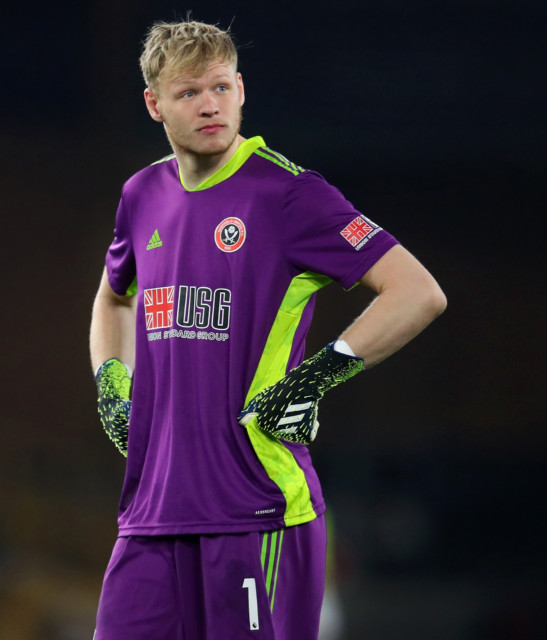 BURNLEY have put Aaron Ramsdale top of their wish-list — if England cap Nick Pope is sold.

Sheffield United’s Three Lions Under-21 keeper Ramsdale is wanted as Pope is expected to attract big interest this summer.

Aaron Ramsdale could yet stay in the Premier League next season

Ramsdale, 22, has just gone down with the Blades — a year after joining from Bournemouth for £18.5million.

Should Burnley sell Pope, 29, in the region of £45m then Ramsdale would cost less than half that sum.

That kind of deal suits Burnley’s new owners who are willing to sell to buy players as long as the new ones have the potential to bring in more in the future.

Boss Sean Dyche has also considered a return for former No 1 Tom Heaton, but as we revealed he is now in Manchester United’s sights.

Heaton, 35, is in the frame after losing his place to Emi Martinez.

He is the type of solid pro who would fit the bill.

Heaton was a youth keeper at Old Trafford and stayed on their books until 2010.

The new stopper would have to be happy as an understudy but with the ability to quickly step into the first team.

Someone seen as a good role model to their younger keepers would also be a plus.

Burnley are also leading the race for United keeper Jacob Carney, 20, on loan at Irish side Portadown.

David de Gea and Dean Henderson have competed for the No1 jersey this season at Old Trafford.