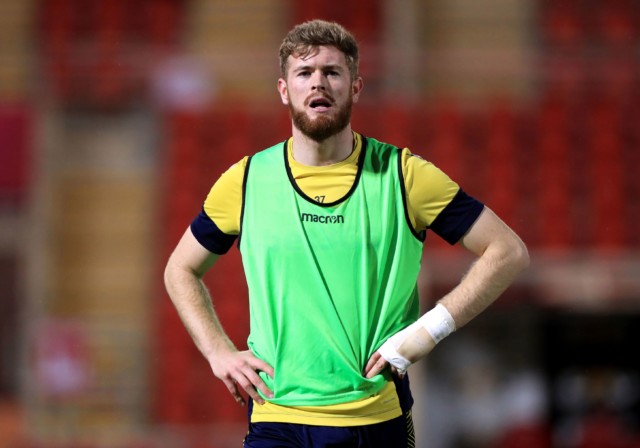 The Clarets hope to clinch a deal for the Republic of Ireland Under-21 star who has been top of their wanted list since the January window.

The latest offer is set to be accepted by the Potters who have been waiting for bigger clubs like Manchester United, Arsenal and Chelsea to come in with larger offers.

Collins, 20 missed a chunk of the second half of the campaign with injury but Burnley are convinced he is ready to go into Sean Dyche’s side.

The powerful defender can play centre-half or right back and could be needed if James Tarkowski is sold this summer.

Yet for the past year the 6ft 4ins starlet has also been tracked by Premier League ‘Big Six’ clubs.

Ole Gunnar Solskjaer’s United first eyed Collins two seasons ago after he made his first-team debut aged only 17.

In the end, though, Collins signed a new deal with the Potters until 2024.

At one stage Chelsea were rated as in pole position to land him.

But this term United, Arsenal and Burnley have been most commonly linked with him.

So far Collins has failed to earn a senior Ireland cap but that breakthrough seems sure to come next term.