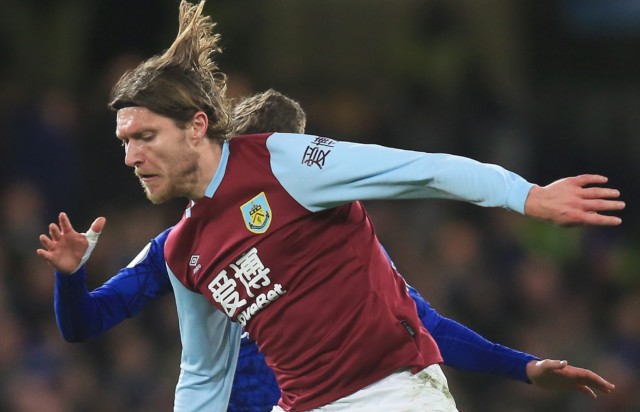 Hendrick’s Turf Moor deal runs out on June 30 and the Irishman has shown no interest in re-signing for Sean Dyche’s men.

Capped 54 times by his country, Hendrick has played a key role as the Clarets have improved after a shaky start.

Dyche’s men are still in the race for a Europe League spot when the Premier League resumes.

Signed for £10.5million from Derby County in 2016, Hendrick has clocked up 107 Prem starts for Burnley.

But he is now thought to be considering his options and at 28, may fancy his own Italian job in what could possibly be his last big, long contract.

Milan are said to be interested and Hendrick could join the likes of Welsh ex-Arsenal midfielder Aaron Ramsey and former Manchester United winger Ashley Young in trying out Serie A.

Ramsey is at Juventus, while Young moved to Inter Milan in the January transfer window.

According to Sky Sports, Milan were interested in bringing Hendrick to the San Siro prior to the outbreak of the coronavirus pandemic.

They could go back in when the window opens on July 1.

Burnley have opened talks with Hendrick and remain hopeful he will sign a new deal.

Hendrick and his team-mates returned to training this week ahead of the Prem return on June 17.

Did you miss our previous article…
https://www.sportingexcitement.com/football/premier-league/jose-mourinho-fears-for-players-welfare-during-project-restart-as-stars-begin-new-pre-season