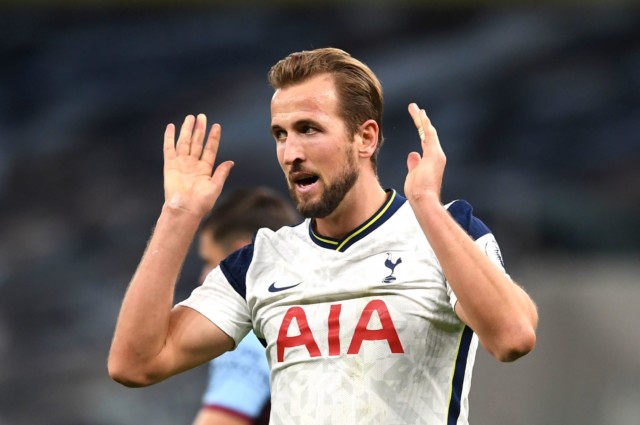 TOTTENHAM head to Burnley for Monday Night Football looking to bounce back from their calimitous draw with West Ham.

Spurs were in full control of the game at 3-0 up, but conceded three goals in eight minutes to throw away with the win last weekend.

The Clarets meanwhile are off to a poor start this season and are still looking for their first Premier League victory.

You can catch this game as part of Sky Sports’ Monday Night Football coverage.

The match will be shown simulatensouly across Sky Sports Main Event, Premier League and Ultra HD.

If you’re not a Sky customer, grab a NOW TV pass just £9.99 to stream on a number of devices.

You can also listen to coverage of the match on talkSPORT.

Phil Bardsley will miss the game for the hosts after returning a positive coronavirus test.

Matt Lowton is fit to return after an ankle injury, while Erik Pieters remains a doubt.

Eric Dier has a thigh complaint but should be able to feature but Mourinho has no new injury complaints despite a packed fixture list.

Gareth Bale could make his first Premier League start since returning to the club after playing 65 minutes against LASK.

Did you miss our previous article…
https://www.sportingexcitement.com/football/premier-league/henri-lansbury-rejects-aston-villa-payout-on-reduced-terms-as-dean-smith-looks-to-axe-midfielders-contract-early