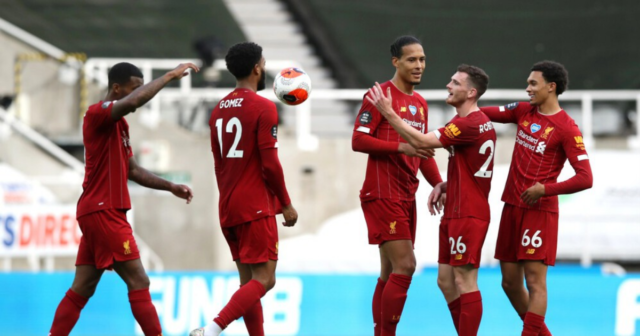 FABIO CAPELLO and Paolo Di Canio believe Inter Milan can beat Liverpool when they meet in the Champions League’s Round of 16.

The Reds visit Inter tonight at the San Siro and pose as favourites to stand tall and ultimately qualify for the quarter-finals after winning all six matches in the group stage.

Liverpool’s defence was criticised by Fabio Capello ahead of their clash with Inter Milan
Liverpool goalkeeper Alisson is capable of howlers, claims Paolo Di Canio

However, Capello claims the Merseysiders’ defence has been below par recently and that could cost them against the Nerazzurri.

The former England manager added that Jurgen Klopp‘s backline has been so hapless that it required goalkeeper Alisson to put together man-of-the-match performances.

Capello told Sky Sports Italia: “The current Liverpool is not the same side it was a few months ago.

“Klopp said it was his strongest team? Well, he would say that, what do you expect him to say?

“The Liverpool goalkeeper has recently been man of the match in every game. That says a great deal about how they are defending.”

Di Canio, on the other hand, believes Alisson is capable of committing a howler against Inter.

The West Ham legend claims the Liverpool shot-stopper often makes mistakes “every four or five games” and could be set for another in Milan.

Di Canio said: “Alisson performs heroics in goal, but every four or five games he has a bit of a howler. Liverpool have weak points, every team does.”

Liverpool have already experienced success at the San Siro this season as they beat Inter’s rivals AC Milan 2-1 in their last game of the group stage.

The Premier League giants triumphed in what was dubbed the Group of Death by beating all of Milan, Porto and Atletico Madrid home and away.

Did you miss our previous article…
https://www.sportingexcitement.com/football/premier-league/tottenham-dont-have-a-choice-but-to-sell-harry-kane-this-summer-and-must-give-conte-money-to-spend-says-gallas