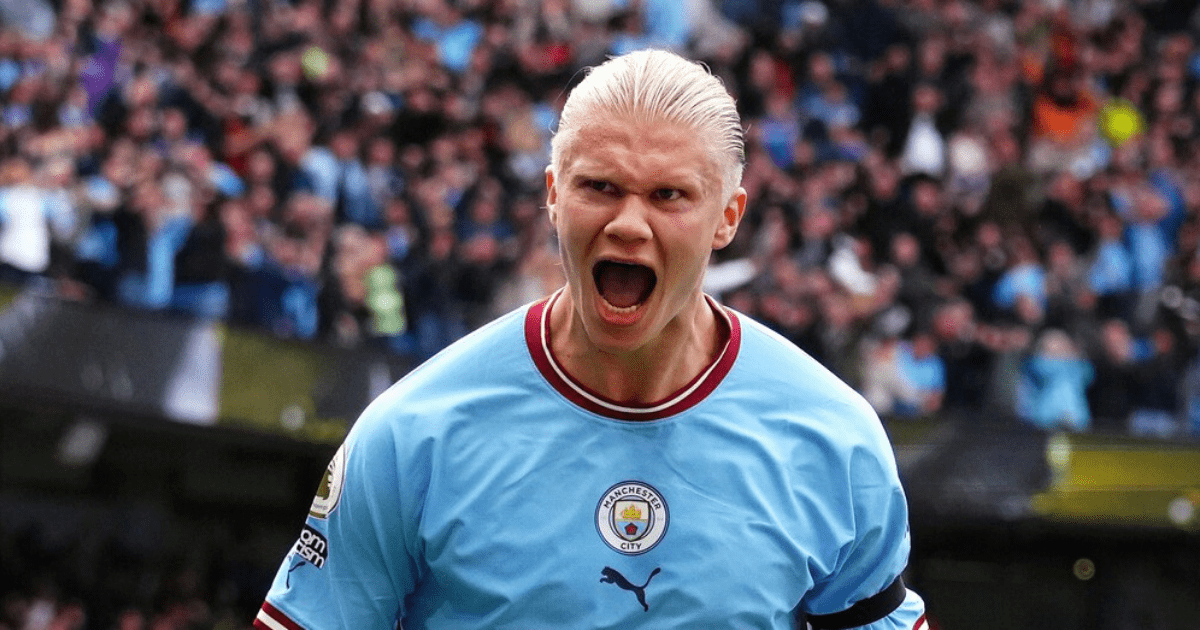 JAMIE CARRAGHER can see the “fear factor” Erling Haaland has on Premier League defenders… after being spooked himself by Thierry Henry.

The Manchester City striker grabbed a third hat-trick in as many home games on Sunday as he fired his team to a 6-3 thumping of Man Utd.

That took his tally to 14 goals in just eight matches for the Cityzens – and Liverpool legend Carragher believes he is already living rent free in the heads of defenders.

Speaking on Sky Sports Monday Night Football about the 22-year-old, he said: “It feels like anything is possible with Haaland. It is a derby and there aren’t many hat-tricks in this fixture.

“It felt like a signing for the Premier League. He is everyone’s signing, not just City. We normally develop world class players, they don’t arrive here. We’ve got one now.

“We could be seeing something here we have never seen before in terms of numbers. The big thing that really stands out for me is the impact he has on defenders.

“Up and down the country they will go into training and talk about him, how to stop him.

“There is no doubt. Mentally he is already in heads and he was at the weekend.”

Carragher then reflected on the biggest embarrassment of his own playing career, which came at the hands of Arsenal legend Henry.

He added said: “There was only one player in my career who affected me mentality on a pitch and that was Thierry Henry.

“Henry, from 2002 to 2004, when I played against him I was only thinking about him and it affected my game.

“One of the most embarrassed I’ve felt on a football pitch was the goal Liverpool conceded at Highbury where Henry goes on a run and I sort of fall over and cower.

“I’m that embarrassed because that’s not me and it’s not my way of thinking, but it was the Thierry Henry effect.

“He’s making defenders not think ‘can I stop him from playing well or stop him scoring?’

“Defenders are going into games thinking ‘don’t embarrass me!’

“That’s what I used to feel against Thierry Henry. If he scored or did OK, as long as he didn’t embarrass me, I’ll openly admit that.

“And that’s the effect I think that I think in this early stage of his Premier League career that he is already having on top defenders.”

Advertisement. Scroll to continue reading.
In this article:career, haaland, liverpoollegend