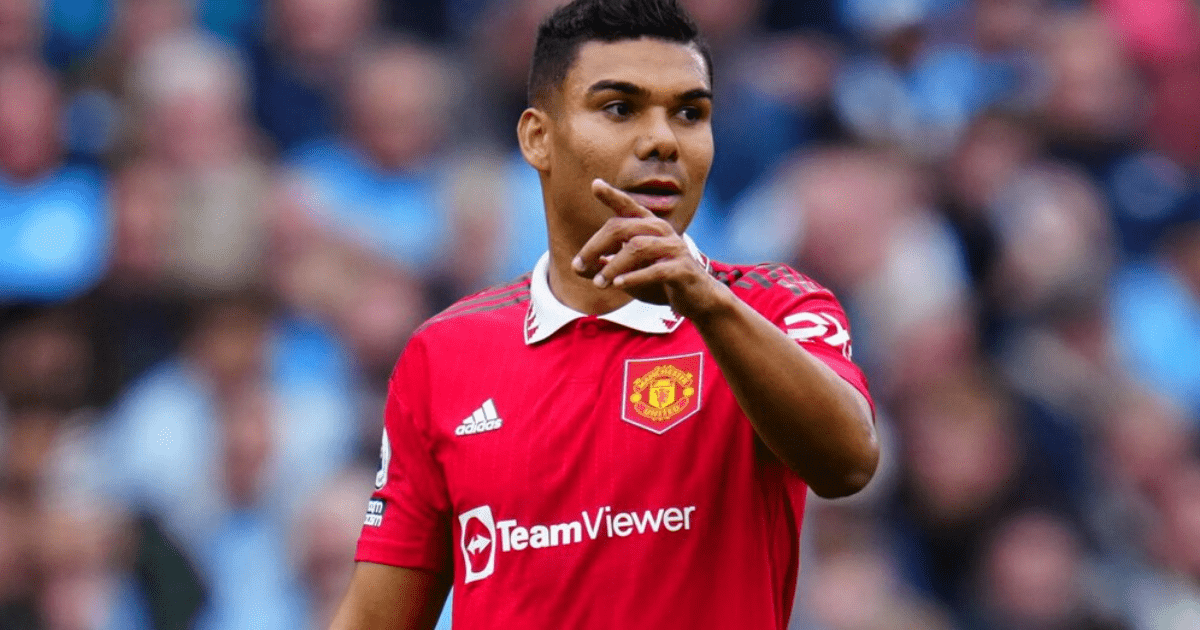 CASEMIRO is in line for his first Premier League start at Manchester United following his derby day snub.

The Brazilian signed for United late in the transfer window for a fee of £70million, but he has thus far only seen his minutes come off the bench or in the Europa League.

But following The Red Devils’ 6-3 capitulation against Manchester City, Casemiro could finally be in line for his first league start when United visit Everton.

Erik ten Hag, who had been selecting Scott McTominay based on form, is expected to ring the changes for their next domestic fixture after holding an inquest into the defeat.

Speaking on his podcast FIVE, United great Rio Ferdinand suggested Casemiro could have been left feeling “disrespected” given his stature.

But Ten Hag revealed the club’s winning run starting at Liverpool meant Casemiro had no place in the team for the time being.

The Dutchman said: “On the day we signed him, we started to win and it’s about the team.

“The team is doing really well, it’s not against Casemiro, it’s for Scott McTominay, who performed great in the team and we got into a run.

“But I’m sure it will be important for us in the long and short-term, he will find himself in the team but it has to come in a natural way.”

Casemiro, 30, started United’s game against Real Sociedad and has featured as a sub in all of United’s other games since arriving.

With United travelling to Cyprus on Thursday to face Omonia Nicosia, Casemiro could be given some more minutes ahead of his expected first start against Frank Lampard’s Toffees.

And it will be far from an easy game at Goodison Park, with Everton currently boasting the best defensive record of any team in the Premier League.

Advertisement. Scroll to continue reading.
In this article:afterbeing, forfirst, manutd