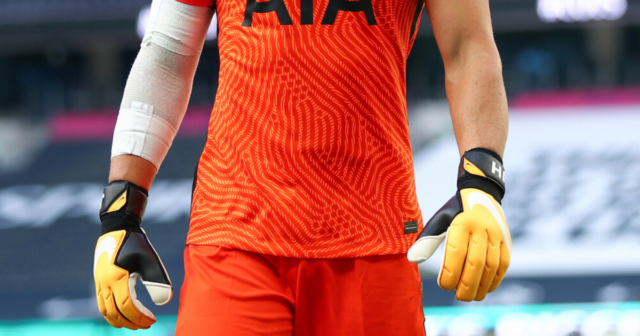 TOTTENHAM have reportedly told Celtic that they can land Joe Hart for £1million.

The Hoops are locked in talks with the Premier League side over a deal for the former England No1.

Joe Hart is wanted by Celtic

Parkhead chiefs hoped to land the 34-year-old on a free transfer but the Daily Record reports that Spurs have told them that’s a non-starter.

Instead, Celts will have to fork out a seven figure sum for a player they could have signed for nothing last summer – but opted to splash out £5m on Greek flop Vasilis Barkas.

Man City legend Hart is understood to be earning around £50,000-a-week at Tottenham, despite slipping to third-choice keeper.

He would have to accept a significant pay cut if a deal to Celtic Park is to materalise.

However, the prospect of playing regular first-team football and kick-starting his career after spending the last few seasons out of favour will likely appeal.

Ange Postecoglou has made a new shotstopper his priority after losing faith with Barkas.

The ex-AEK Athens star was given a fresh start this season but blunders against FC Midtjylland and West Ham appear to be the final nail in the coffin for his Hoops career.

Scott Bain was between the sticks for Tuesday’s Champions League exit in Denmark but the one-time Scotland international has never really convinced.

Postecoglou could move for the 38-year-old veteran stopper should a move for Hart fall through.