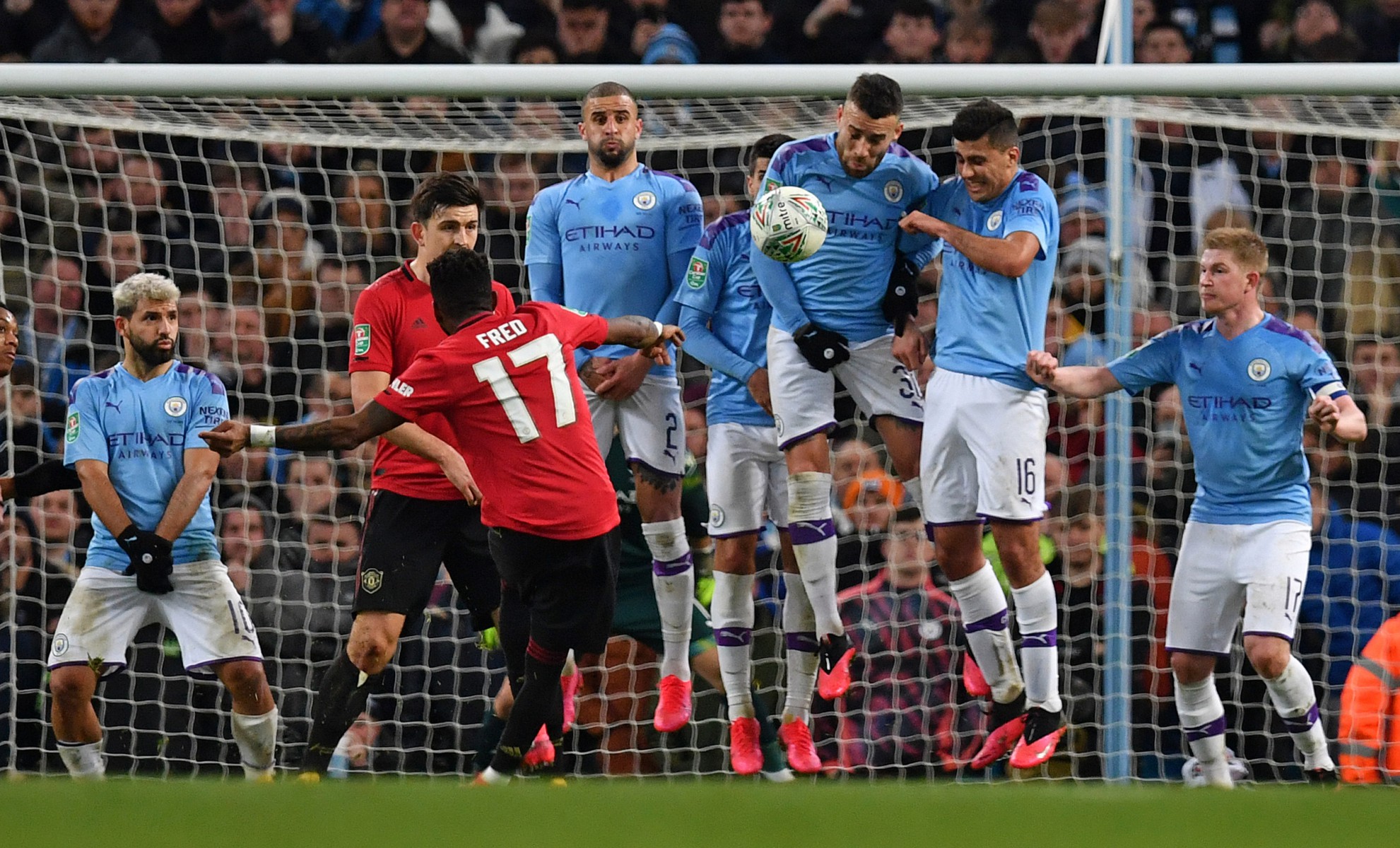 The legendary pair were dumbfounded after Fred stepped up to take a dangerous looking free-kick instead of Juan Mata.

United were 1-0 up on the night but still trailed 3-2 on aggregate and could have drawn level if the 87th minute set-piece was scored.

Mata had only been on the pitch for 11 minutes when the opportunity arose having come on for Luke Shaw after Nemanja Matic was sent-off.

Nicolas Otamendi conceded a foul on the edge of City’s box and the stage looked set for a dramatic late finish.

And many – including Ferdinand and Fabregas – expected Mata to step up.

Having scored a sumptuous late free-kick from similar range at Juventus in last season’s Champions League, it seemed a no-brainer for the Spaniard to do the honours.

But Fred – who has been taking some set-pieces for United recently – waved him away and proceeded to smash his effort straight into the wall much to the frustration of the away fans.

He tweeted: “Please can someone explain to me why @juanmata8 isnt on that free kick! #specialist.”

And his bafflement was shared by Mata’s former international teammate Fabregas who simply replied: “Incredible.”

Fabregas followed it up with a couple of disbelieving emojis before later tweeting: “Fred has been very good in the last few big games Ive watched him.”

And he also replied to a fan and wrote: “Mata should have taken it all day long.”

United failed to score another goal and despite winning 1-0 on the night crashed out 3-2 on aggregate.

Mata should have taken it all day long

Fred has been very good in the last few big games Ive watched him.