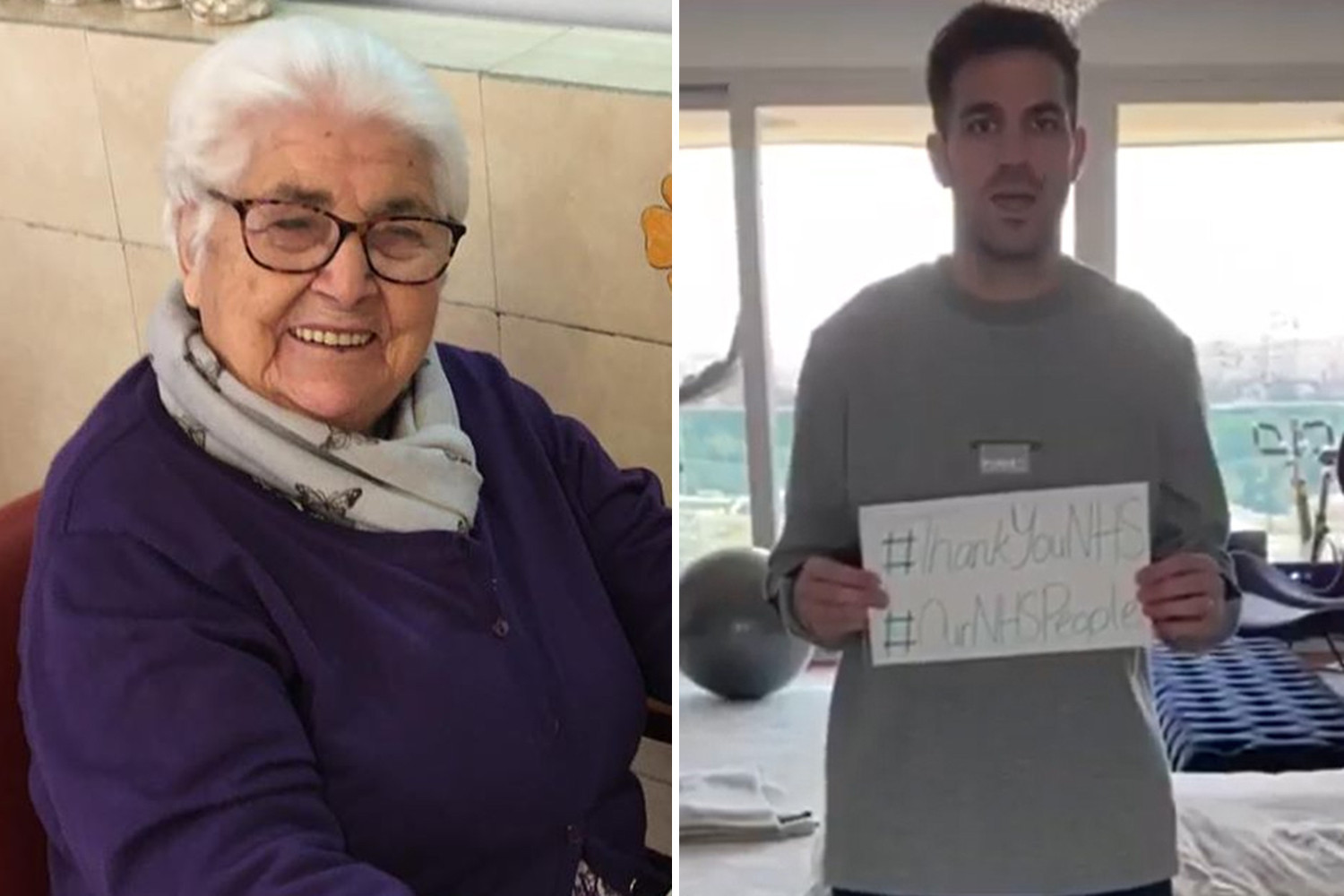 CESC FABREGAS posted an emotional tribute to his great-grandmother after the “super heroine” won her fight with coronavirus at the age of 95.

The former Arsenal and Chelsea star, 32, announced great-gran Flora had contracted the killer bug along with 70 per cent of her nursing home near Barcelona earlier this month.

But Fabregas has now revealed the incredible news that she has won her battle against coronavirus on Twitter.

Fabregas tweeted: “She has overcome coronavirus at 95 years of age. Yesterday the test came out negative!

“My great-grandmother is a super heroine but none of this would have been possible had it not been for the help of the nurses and doctors.

“[They] are giving their lives at each moment so that we can all be better and live a little bit better during these difficult times.”

The heartwarming news will give hope to many across the planet – and will be a huge boost to Fabregas who, at the time of her diagnosis, admitted it would be tough for her to pull through, given her age.

Earlier this month, Fabregas said: “She’s 95 and the poor woman has unfortunately got coronavirus.

“There were a lot of people in her home who didn’t have it and we wanted to get them to a hotel.

“We tested them all again and 70 or 80 per cent came back positive for Covid-19, including my great-grandmother.”

Fabregas, who is on lockdown in France with wife Daniella Semaan and their three children Lia, Capri and Leonardo, added: “On Thursday we had a video call with her and she looked OK and in a good mood.

“The worst thing is not being able to be with her and give her a hug. I hope she gets through this, but we know it’s going to be difficult.”

Fabregas has incredibly volunteered to not only accept a 30 per cent pay cut at current club Monaco – but defer his ENTIRE £130,000-a-week pay-packet for four months.

The selfless gesture will save Monaco around £2million – with £500,000 of that not needing to be paid back to the former Barcelona star.

Did you miss our previous article…
https://www.sportingexcitement.com/football/premier-league/man-utd-stars-told-to-prepare-to-return-to-training-on-may-18-and-wash-their-own-kits