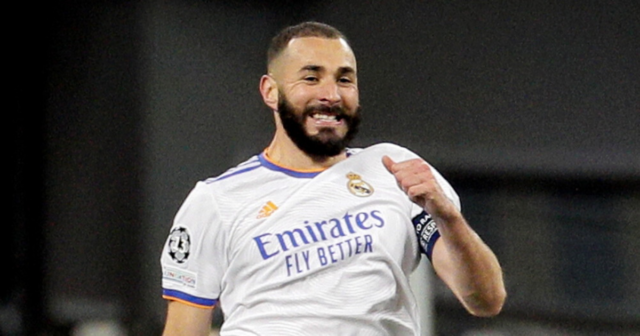 AJAX routed Borussia Dortmund 4-0 and Real Madrid won 5-0 at Shakhtar Donetsk on a goal-crazy night in the Champions League.

And the rest of Europe kept match with the two favourites for the Premier League title, led by Lionel Messi’s matchwinning double in PSG’S 3-2 comeback success at home to RB Leipzig.

England midfielder Jude Bellingham and in-demand Erling Haaland both played the whole game for German giants Dortmund but were powerless to stop a surprise romp for Group C leaders Ajax.

Marco Reus’ early own goal and Daley Blind’s drive made it 2-0.

Vinicius Junior netted on 51 and 56 minutes, including a superb solo goal, as Real looked sensational in the second half for a crushing victory at Ukrainians Shakhtar.

Only Sergiy Kryvtsov’s own goal separated the sides at the interval.

But Vinicius then hit a brace and teed up Rodrygo for Real’s fourth before Karim Benzema lunged home for the stoppage-time fifth goal.

That left the Italians without a point from their three Group B games – compared to nine for Liverpool and one apiece for Atletico and Porto.