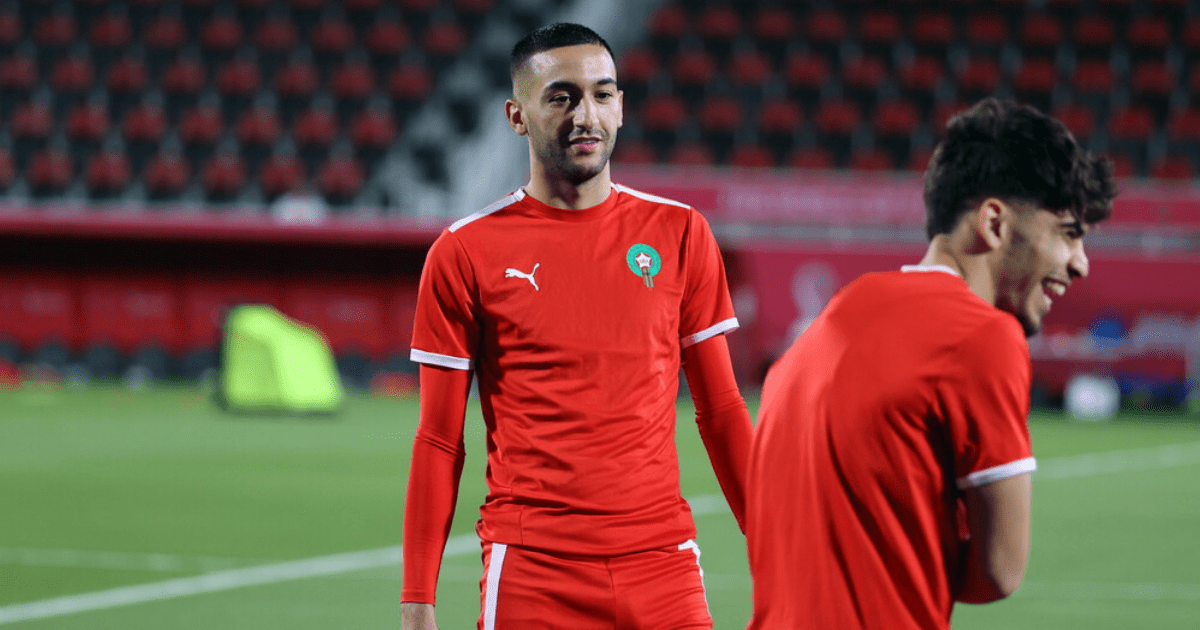 HAKIM ZIYECH has been tipped to leave Chelsea in January as the Premier League “doesn’t suit him.”

That’s despite being one of the best players at the World Cup with Morocco, who face Portugal for a semi-final spot tomorrow.

Ziyech, 29, returned to international action last month after being frozen out by former boss Vahid Halilhodzic.

The Chelsea playmaker has a goal and an assist to his name so far in Qatar.

And he was the driving force behind Morocco’s stunning penalty shoot-out win over Spain in the last-16.

However, reports claim Chelsea are preparing to let Ziyech leave in January after he failed to impress Graham Potter.

Italian giants AC Milan are leading the charge after missing out on the winger last summer.

And former Blue Joe Cole reckons Ziyech’s exit is inevitable as he just isn’t suited to the physical demands of top-flight English football.

Cole said: “He just looks like a happier player for Morocco. He’s had a very difficult time at Chelsea and he hasn’t had a rhythm to his game.

“The Premier League doesn’t suit him. It’s aggressive, up and down.

“Playing for Ajax he could hug the touchline and the team would very much play through the lines, give him the ball and he’s got a lovely left-foot, comes inside and delivers the ball.

“But when we’ve watched him here [Qatar], he’s playing with an intensity and a smile on his face.

“Ziyech is a talented boy but it’s just not worked for him at Chelsea.”

Did you miss our previous article…
https://www.sportingexcitement.com/football/premier-league/who-is-arsenal-star-jen-beattie/