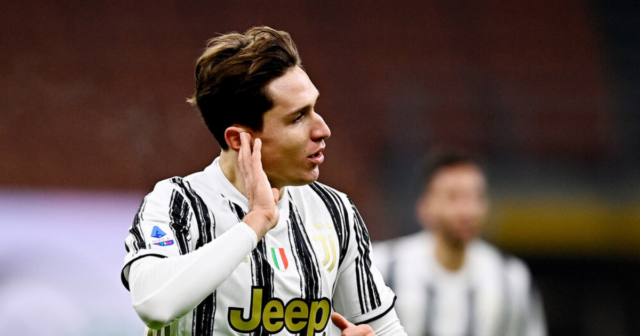 According to SPORT 1 chief reporter Florian Plettenberg, Chiesa has attracted interest from the Premier League as well as the Bundesliga.

In fact, the Blues and the Reds are so keen on signing the winger, who plays on loan at Juve from Fiorentina, that they are planning to splash the cash for his services.

Bayern Munich and Borussia Dortmund have also inquired about the Italy international, who played a big part in the summer’s Euro 2020 triumph.

Bayern like their odds of signing the 23-year-old as he is represented by Lian Sports, the same agency that their star winger Leroy Sane has hired.

However, Chelsea, Liverpool and the Bundesliga giants are facing an uphill road ahead of them as Chiesa prefers to stay at Juventus, who are preparing to land him on a permanent deal.

Plettenberg tweeted: “Update #Chiesa: #FCBayern & #BVB have inquired about him. He is represented by Lian Sports (Sané).

“Contract until 2025. His salary is said to be around €7m net/year sources told me.”

Chiesa impressed during his loan stint at Juventus as he amassed a total of 14 goals and 10 assists in 43 appearances across all competitions last season.

The forward is successfully following in the footsteps of his legendary father Enrico, who is remembered as one of Serie A’s all-time greats.

Chiesa has done a great start in his bid to better his dad’s trophy success as he has already won the Coppa Italia and Italian Super Cup with Juve as well as the European title with Italy.