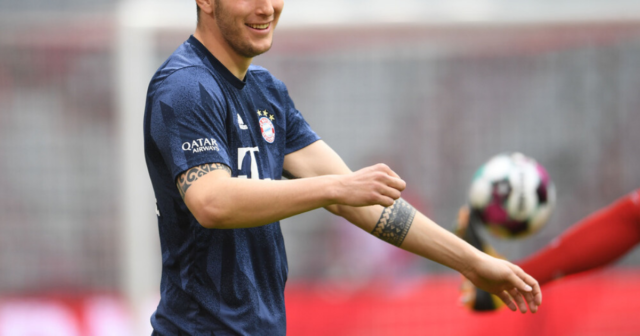 NIKLAS SULE has told Bayern Munich he wishes to leave at the end of the season on a free transfer, German reports claim.

The highly-touted defender has less than five months left on his Bayern contract and failure to extend it fuelled speculation over his future.

And now, according to Bild, Sule has informed club bosses he will refuse a new deal to instead leave on a free in the summer.

It would come as a massive blow to the Bundesliga champions, who last season lost David Alaba, 29, to Real Madrid for nothing.

Sule, who joined Bayern from Hoffenheim in 2017, has made 25 appearances this season, missing just four games following a bout with Covid and back problems.

The centre-back has won four Bundesliga titles and made 37 appearances for Germany’s national team.

As a result, the experienced yet ever-improving 26-year-old has drawn attention from across Europe.

Chelsea and Newcastle, for differing reasons, have both been linked with Sule in the past.

The Blues have defender Antonio Rudiger, 28, Andreas Christensen, 25, and club captain Cesar Azpilicueta, 32, all out of contract in the summer.

And while veteran Thiago Silva, 37, has committed his future for another year, his defensive team-mates are yet to strike a deal.

Newcastle, who completed their £300million Saudi takeover in October, are desperately in the market for defensive reinforcements to boost their survival bid.

They are believed to have had a bid for Sevilla’s Diego Carlos, 28, turned down, following their failure to sign Lille’s Sevn Botman, 21.

SunSport did reveal Newcastle turned their attentions to Burnley’s James Tarkowski, 29, and lead West Ham and Leicester in the race.

But if Sule has indicated his refusal to renew his contract, Bayern could look to put him on the market on a cut-price deal to ensure he does not leave on a free.

The defender joined Bayern Munich in 2017
In this article:burnley, chelsea, Leicester, Newcastle