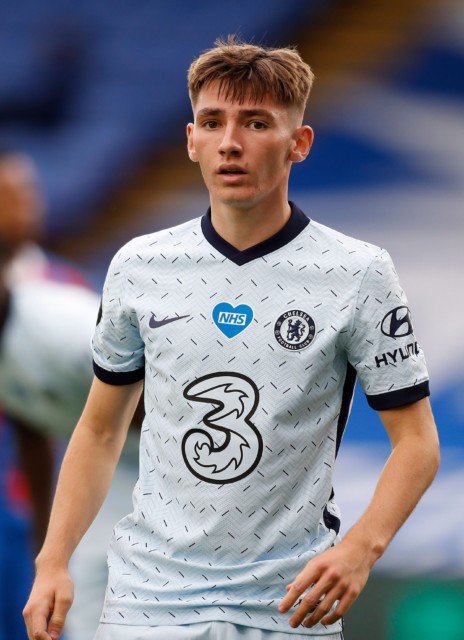 BILLY GILMOUR’S breakthrough season in the Premier League looks over due to a knee injury.

It is a big blow for the blossoming teenage midfielder and for Chelsea’s chase for a top-four finish.

But the young Scot was substituted with ten minutes to go and it is now touch and go whether Gilmour will be able to play any further part in Chelsea’s Premier League campaign.

There are four league games to go plus the FA Cup campaign, with Chelsea in the semi finals against Manchester United on Sunday week.

But insiders at Stamford Bridge fear Gilmour will be missing for at least the next four or five games with the problem.

The injury setback has stopped Gilmour’s impressive progression under boss Frank Lampard in its tracks.

Lampard handed the former academy player his debut against Sheffield United last August and the skilful youngster has become a big hit over the last ten months – growing ever more in influence.

With fellow midfielders N’Golo Kante and Mateo Kovacic injured in midweek, Lampard turned to Gilmour to play at the heart of his team in a tough London derby.

He was selected ahead of £57million Jorginho for the clash at Selhurst Park.

Chelsea’s Premier League season ends on July 26 with the potential of an FA Cup final on August 1.

The club travels to Germany to try to overturn a 3-0 deficit against Bayern Munich in the Champions League on August 7 when it is hoped Gilmour will be recovered.