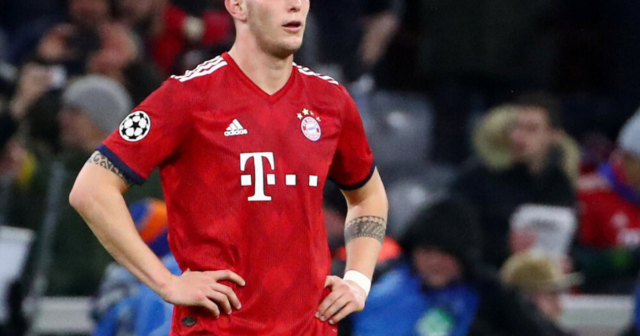 CHELSEA have reportedly been handed a boost in their pursuit of Bayern Munich defender Niklas Sule.

The Blues are in need of reinforcements at the back, with Antonio Rudiger and Andreas Christensen both out of contract in the summer and linked with moves away.

According to German outlet Bild, the Premier League is Sule’s ‘preferred destination’.

That’s despite Barcelona being keen on the 26-year-old, who’s current deal expires at the end of the season.

Sule is understood to be ‘hesitating’ over signing a new contract amid interest from Barca.

The Blues though have been linked with Sule in the past.

And Chelsea may be the frontrunners in the race for his signature due to his desire to play in the Prem.

Newcastle too have been credited with an interest in Sule after the Saudi-backed takeover in October.

Eddie Howe is prioritising defensive reinforcements this month in a bid to shore up his leaky defence.

It’s understood contract talks regarding an extension between Sule and Bayern continue to stall, meaning he can leave on a free transfer in the summer.

And Chelsea could look to the German as a replacement for his international colleague Rudiger.

The Blues are still hopeful that Rudiger will sign a new contract, despite interest from the likes of Real Madrid, PSG, Juventus and Bayern Munich themselves.

Christensen meanwhile is ‘almost certain’ to quit Chelsea in the summer with Borussia Dortmund plotting a free transfer.

So despite Thiago Silva signing a new deal earlier this month, the Blues could end up desperately short of options at the back.

Sule has played 156 times for Bayern since moving to the German giants in 2017, and has been capped by Germany 37 times.

So the 6ft 5in defender offers plenty of experience should Chelsea decide to swoop.