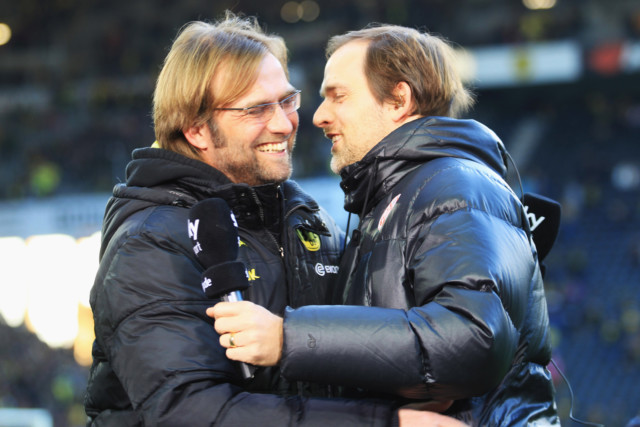 The two Germans share a homeland and a history in football terms but are vastly different characters.

Boisterous, bear-hugging Klopp is seen as a stark contrast to straight-talking, simmering Tuchel.

He  followed him into the manager’s chair at Mainz and Borussia Dortmund and has faced him before in the Champions League.

This evening Tuchel fulfils “a dream” by taking a Premier League team to Anfield and he wants to follow in the footsteps of his compatriot and build for long-term success with a new club.

But it will be done with little of the Klopp showmanship because, while Tuchel is not as grey as people paint him, only one man can take centre stage.

Tuchel said: “What you see in front of the camera with Jurgen, this is him.

“And the guy is a genius with his personality and he is super funny.

“He can turn any question around with big laughter and he is like this in public and private.

“You cannot compete at being funny with Jurgen in public and having good answers to not-so-good questions.

“I don’t know where my image comes from if you say that I have a grumpy one. I cannot waste my energy on what my image is.

“But I can tell you that if you ask around the clubs and among the staff where I worked, I don’t think you will find too many people who will describe me as grumpy. 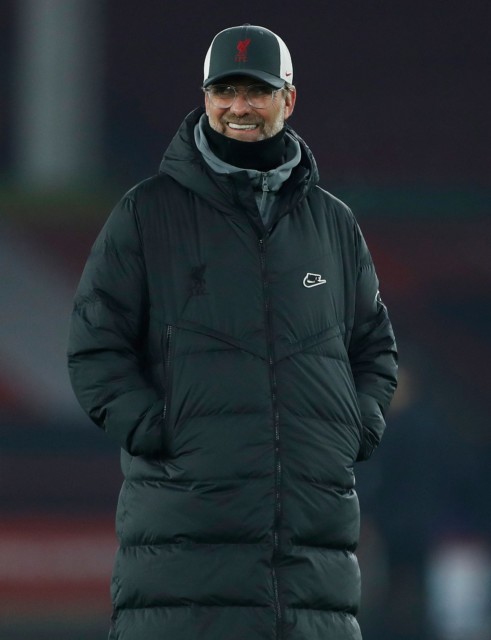 “Sometimes it is easier to shine with smiles and other times it is more difficult. The approaches to the teams are very different.

“Jurgen is himself and I am myself. And, OK, it’s part of our jobs to be judged all the time but you know very well that judgments out there do not have to be sometimes 50 per cent the reality on how a person really is.”

Tuchel, 47, has so far rolled with any question asked of him — including one about his nickname ‘The Professor’ and how unhip he is. It was answered with a smile.

When it comes to his Blues players, the man with the most pressurised job in English football has to be swift and decisive, as he has shown with team selection.

He has an 18-month contract, during which he is expected to close the gap on defending Premier League champions Liverpool and runaway leaders Manchester City.

And all at the most sack-happy club in the land, whose fans are still in shock at the surprise dismissal of Tuchel’s predecessor, Frank Lampard.

Chelsea are 19 points off the top despite a seven-game unbeaten run since Tuchel took over.

In the last three seasons they finished 33, 26 and 30 points behind the champions.

Tuchel said: “When I travelled here to England I opened a box of documents at home and found speeches that I gave to my players during my first year at Mainz.

“I would not dare to give the same speech now. The point is I want to adapt. This is a life journey for me, too.

“The amount of points shows how big the gap was and still is and maybe it is sometimes good to look at the reality and to speak it loud. But still it has to be the ambition to close it as fast as possible.

“Will we close the gap to Man City this season? No. It’s impossible. But  next season we start with zero points.

“City were in trouble this season and nobody took advantage of it.”

The last Chelsea manager to survive in post that long was Dave Sexton, who was appointed in 1967.

Tuchel said: “I have to earn the same time as Jurgen and Pep. This was no gift to them and this is what I have to prove.

“I have to live every day and every week to make my impact here and to show that I deserve the same amount of time to build teams.”

On facing his compatriot, Klopp said: “He is an outstanding coach, outstanding.

“We are going to need the whole package against him and Chelsea.

“We’ve known each other for a long time. We have kind of a common history — we know a lot of the same people, having worked together with them.

“He’s a good one and always when we meet it is very nice.”