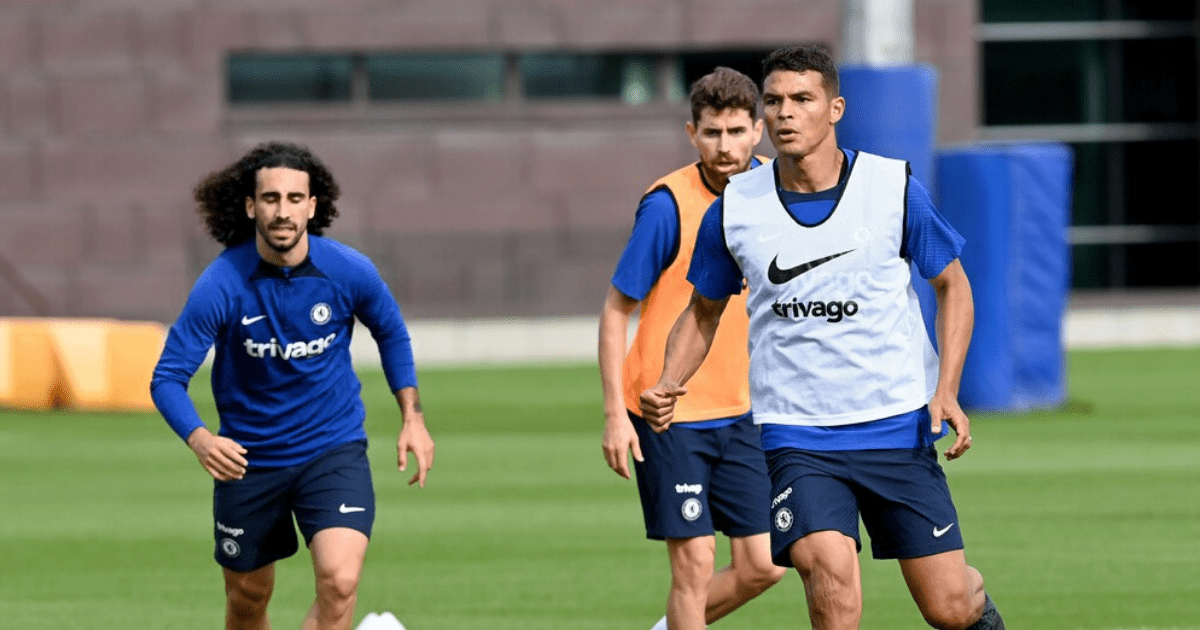 CHELSEA’S Premier League clash with Liverpool on Sunday looks set to be postponed.

But Wednesday’s Champions League game at home to Red Bull Salzburg IS still scheduled to go ahead.

The Blues were due to host Jurgen Klopp’s side at 4.30pm on Sunday

The home game with Liverpool was due to kick-off at Stamford Bridge at 4.30pm.

But with Queen Elizabeth II’s state funeral taking place in London on Monday, the demands on police mean it is likely to be rearranged.

There were talks about switching the match to Anfield to take some pressure off the Metropolitan Police.

However, moving it at such late notice would also be problematic in terms of staffing and tickets.

All football in England was postponed last weekend following the passing of Her Majesty aged 96.

The Queen’s coffin will be flown from Edinburgh to London on Tuesday and then be taken from Buckingham Palace to Westminster Hall on Wednesday.

She will then lie in state until Monday, when the funeral will be held at Westminster Abbey.

EFL fixtures will resume on Tuesday but Uefa confirmed Thursday’s Europa League match between Arsenal and PSV is off.

As things stand, though, the Blues’ Champions League match with Salzburg is on course to be played in West London at 8pm on Wednesday.

That would be Graham Potter’s first match in charge of Chelsea after replacing Thomas Tuchel last week.

Clubs are keen to get matches played especially with an international break next week and the already-congested football calendar.

Uefa want to have all group-stage games across the three competitions completed before players are released for the World Cup following the weekend league fixtures on November 12 and 13.

Tottenham also play at home this weekend as they host Leicester on Saturday evening while Brentford take on Arsenal in a London derby at 2pm on Sunday.

There is still no official announcement from the Premier League regarding the weekend’s matches, especially those in the capital.

The lack of Sky TV trucks could also cause further problems as the broadcasters need extra resources to cover the funeral and build-up.