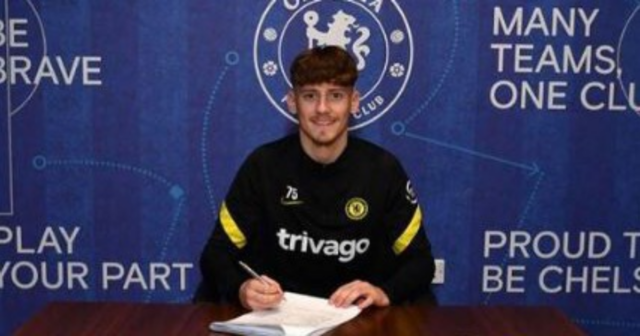 DERBY have confirmed the departure of teenage starlet Dylan Williams with Chelsea snapping up the left-back.

SunSport revealed last week how the Blues were closing in on the signing of the 18-year-old defender.

Wayne Rooney‘s side were set to lose the exciting youngster on a free at the end of the season, and have decided to cash in on the player during the winter transfer window.

Williams featured eight times for the Rams‘ senior side this campaign, though his last first-team appearance came in the 1-0 win against Blackpool on December 11.

“Williams made the step up to the first-team fold at the start of the current campaign, initially in the Carabao Cup, and went on to record eight appearances in all competitions.

“Everyone at Derby County would like to wish Dylan every success in the next chapter of his career at Chelsea and in the future.”

The former Wolves academy ace has already taken to social media to speak of his delight at linking up with Thomas Tuchel‘s side.

Posting a series of snaps on Instagram of him signing his contract, he remarked: “Wow. I am absolutely delighted to have signed for one of the biggest clubs in the world.

“Thank you so much for everything the staff and players have done @dcfcofficial.

“I cannot wait to get started @chelseafc.”

Chelsea have been desperate to bring in another left-back this month following Ben Chilwell’s knee injury that could see him miss the rest of the season.

Marcos Alonso is currently the club’s only fit left-back, with centre-back Malang Sarr forced to play there in recent games.

The West London outfit had been keen to recall Emerson Palmieri from his loan spell at Lyon, but the Ligue 1 side blocked his return.

And Chelsea were pipped to the signing of Lucas Digne, who opted to join Aston Villa from Everton.