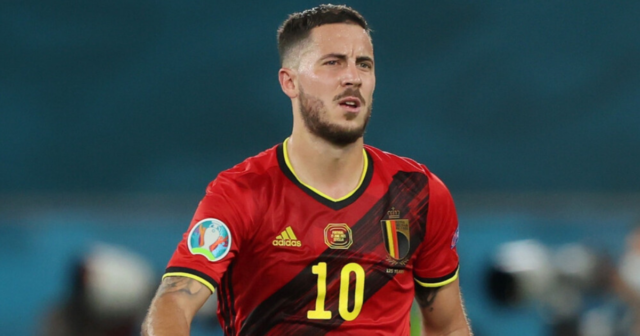 CHELSEA are considering re-signing Eden Hazard from Real Madrid, according to reports.

The 30-year-old remains a hero at Stamford Bridge following his seven-year spell but has struggled with injuries during his time in Spain.

According to Spanish newspaper AS, Chelsea are looking into the possibility of bringing Hazard back to West London.

But the Belgium skipper isn’t thought to be a priority for the Blues as they already have plenty of wingers, including Christian Pulisic, Hakim Ziyech and Kai Havertz.

The European champions are reportedly wanting to sign a striker – and Borussia Dortmund star Erling Haaland is believed to be their No1 target.

If Chelsea do pursue Hazard, it’s understood Real will accept just €60million – around £51m – for the player.

The ex-Blues star cost the Spanish giants an initial £88m in June 2019 but his value has plummeted due to his recent injury record.

Wages would also be a stumbling block, with Hazard currently receiving a reported £400,000-a-week – more than any Chelsea player.

The Real star still has three years left on his current deal and few players would take a significant salary cut at this stage in their contract.

That said, Hazard remains a legend at Stamford Bridge and would surely be welcomed back with open arms by Blues supporters.

He won two Premier League titles, the FA Cup, the League Cup and the Europa League twice during his time in England.

Reports suggest Chelsea will try to sign Bayern Munich striker Robert Lewandowski if they fail to bring Haaland to the Prem.

The Blues are also believed to have identified Stuttgart forward Sasa Kalajdzic as another potential strike option.

And they have reportedly expressed an interest in signing Italy international Domenico Berardi from Sassuolo.

Did you miss our previous article…
https://www.sportingexcitement.com/football/premier-league/joe-bryan-jokes-whats-he-been-drinking-after-man-utd-ace-mason-greenwood-named-him-his-toughest-opponent