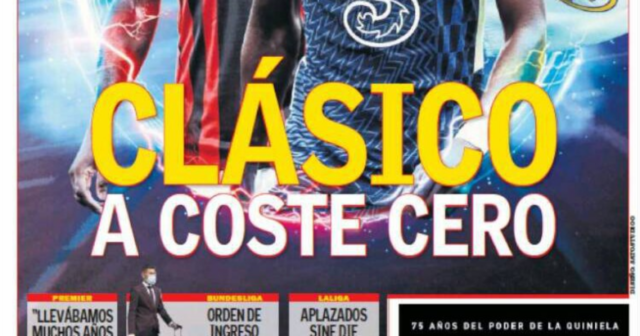 ANTONIO RUDIGER is reportedly set to begin talks with Real Madrid in January as they plot a free transfer swoop for the Chelsea star.

The German international, 28, is free to begin contract talks with foreign clubs from January 1 when he enters the last six months of his deal.

Talks with Chelsea have stalled after the centre-back was reportedly disappointed with their opening offer.

And he is keen to keep his options open and will listen to offers from abroad in the new year.

Now Marca claims LaLiga giants Madrid are set to open talks with him over a move to the Bernabeu while AS also stating the same.

Los Blancos are still feeling the pinch after the coronavirus pandemic and they view Rudiger as an ideal signing due to the lack of transfer fee.

They brought in fellow defender David Alaba from Bayern Munich on a freebie last summer, and now want to add the Chelsea man alongside him.

However, the report also states that a potential cut-price deal in January ‘remains to be seen’.

The other key reason why Madrid are interested in Rudiger is due to his experience.

He is entering the prime of his career and, despite Alaba’s arrival, the Spanish side still feel they want more at centre-half following the departures of experienced duo Sergio Ramos and Raphael Varane.

Rudiger is reportedly holding out for an eyewatering £400,000-a-week – £50k more than top earner Romelu Lukaku.

Since moving to Stamford Bridge in 2017 for £31m, Rudiger has won the Champions League, the FA Cup, the Europa League and the UEFA Super Cup.

He’s also turned out 159 times during his four years at Stamford Bridge and has established himself as one of the first names on Tuchel’s team sheet.

Rudiger has played 90 minutes in all seven of Chelsea’s Premier League games so far this season, helping the Blues to the top of the table.