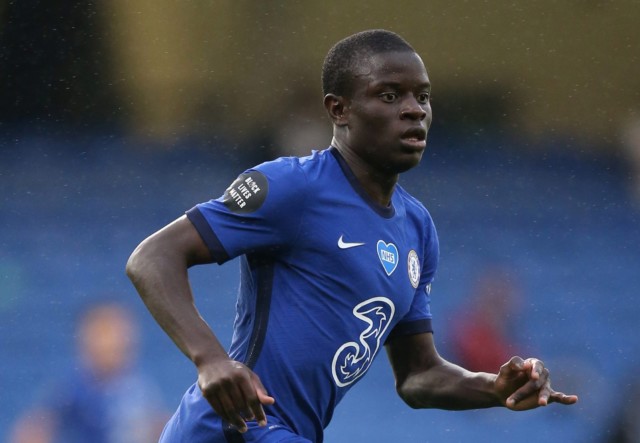 N’GOLO KANTE has handed Chelsea’s Champions League hopes a hammer blow after being ruled out through injury.

The French midfielder will miss the Crystal Palace away match on Tuesday.

Kante picked up a hamstring injury in the 3-0 win over Watford on Saturday.

With the matches coming thick and fast he could also miss the matches with Sheffield United and Norwich over the next week or so.

Blues boss Frank Lampard revealed Kante’s injury but hopes it will not keep the 29-year-old midfielder out too long.

He said: “N’Golo Kante he has a small hamstring injury, we hope it is small, that’s what I’ve been told so far.

“But I’m guessing it will be a problem for Palace on Tuesday.”

Jorginho is set to replace Kante as the holding midfielder for the short trip to Palace.

The Italian has not played since the restart.

Did you miss our previous article…
https://www.sportingexcitement.com/football/premier-league/ole-gunnar-solskjaer-compares-specialist-finisher-mason-greenwood-to-wayne-rooney-but-how-does-he-really-stack-up