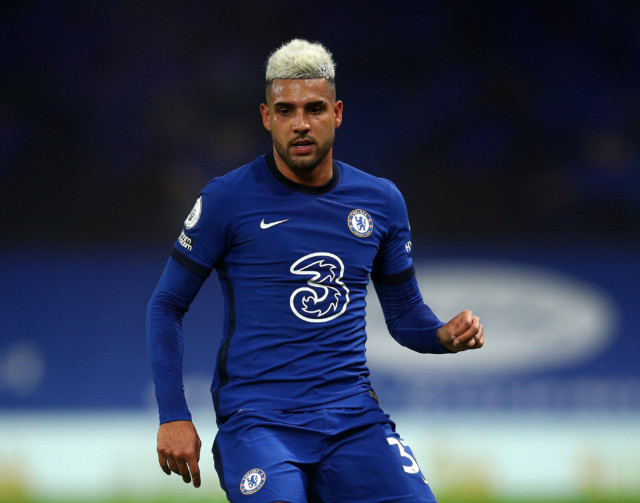 NAPOLI reportedly need to offload two players before they can make their move for Emerson Palmieri.

The Italian club are interested in signing the Chelsea outcast on loan this month.

Emerson Palmieri has fallen out of favour under Frank Lampard

But according to Corriere dello Sport, Napoli must first make room for his arrival.

Everton target Arkadiusz Milik is expected to be one of the players that is sold this month.

Napoli are also reportedly planning to offload either Kevin Malcuit or Faouzi Ghoulam.

Emerson is up for grabs as he has fallen out of favour under struggling boss Frank Lampard.

The 26-year-old has only featured twice for the Blues in the Premier League this season.

He remains under contract at Stamford Bridge until the end of 2021-22 campaign.

But the ex-Roma star is set to leave this month in a desperate bid to revive his career.

Napoli have been long-term admirers of the 12-cap Italy international.

The Serie A giants, along with the likes of Juventus, were linked to the him in the summer.

Chelsea are prepared to offload him – but would prefer him to leave permanently.

Lampard is on a mission to trim down his squad following his £226m summer spending spree.